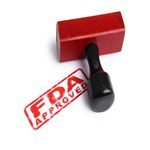 The U.S. Food and Drug Administration (FDA) has been under fire in recent years regarding the prescription opioid epidemic, which many believe the agency had a hand in creating and that their response has been thus far inadequate. After coming under fire by Congress, last week the FDA has announced a number measures for combating the opioid crisis in America, The New York Times reports. While the suggested measures were applauded by addiction experts, they do not believe the actions will have much effect on the epidemic.

“It has reached a point where we felt we had to step back and take a careful look at everything and see what we could do,” said Dr. Robert Califf, the acting commissioner and nominee to run the agency. “We thought we could do more.”

Dr. Califf said the move by the agency was part of a combined government effort to address the opioid epidemic, according to the article. Last week, the President said that he would ask Congress for over a billion dollars to be used for expanding access to substance use disorder treatment across the country. However, some believe that Califf has ulterior motives for announcing the proposed measures.

“What I’m seeing here is the F.D.A. attempting to say something in response to congressional concerns, perhaps in response to the holdup of approval of the new F.D.A. commissioner, without actually having any vision for change,” said Dr. Nathaniel Katz, an assistant professor of anesthesia at Tufts University School of Medicine in Boston.

Whether the FDA’s intentions are well meaning is not important, what is important is that moves are being made to mitigate the crisis we face as a nation. People are suffering and they have limited options for receiving the help they desperately need. If you or a loved one is struggling with opioid addiction, please contact Cottonwood Tucson. We can help you begin the journey of recovery.