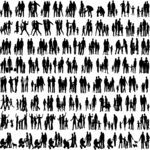 As more and more government officials and agencies address the opioid crisis in America, it is becoming apparent that there is no shortage of areas to focus on – from providing greater access for addiction treatment to helping opioid addicted parents raise their families. It appears that opioid overdose deaths, while terrible, may be the tip of the iceberg, what is happening below the surface may have a more insidious effect on generations to come. An investigation conducted by Reuters found that a drug-dependent baby is born every 19 minutes in America, and if that wasn’t bad enough, the report found that many opioid-addicted parents were not prepared to care for a new baby.

In an attempt to assist opioid addicts safely raise their children, a number of Senators are designing a law which would give states the ability to divert federal foster care financial resources to help parents addicted to opioid raise their infants, Reuters reports. The same investigation cited earlier found that 110 babies lost their lives after being sent home with opioid addicted parents.

Along with Senator Hatch the new bill is supported by committee’s ranking Democrat, Ron Wyden of Oregon, according to the article. The “Family First Act” would be a facet of the comprehensive fight against the opioid epidemic, which includes increased prevention, treatment and law enforcement.

In recent years, child welfare services have had to dislodge thousands of families on account of opioid addiction. A trend which has overburdened foster care programs throughout the country. Nancy Young, director of Children and Family Futures, believes that channeling funds to help parents cope with their opioid addiction and get the help they need whilst keeping the family together will save money, the article reports.

“We have the knowledge – we can no longer say we don’t know what to do,” said Young.