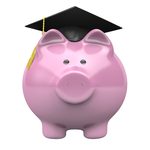 Unfortunately, a significant number of teenagers and young adults who abuse drugs and alcohol have to find their way to recovery by way of legal problems. After being found to have drug and/or substance abuse problems, many young people are ordered by the state to attend some form of substance use disorder treatment. What’s more, taking part in diversion programs does not necessarily mean the slate will be wiped clean – which could have a major impact on one’s options in life, especially when it comes to employment and education.

You may find it troubling to learn that having a drug conviction can actually bar people from being approved for financial aid. Naturally, very few can afford to pay for their education without assistance. Hindering people’s ability to further their lives through education based on past drug offenses makes little sense, but it is happening; the Drug Policy Alliance reports that more than 200,000 students are estimated to have been denied financial aid since 2000 because of what’s known as the Aid Elimination Penalty.

Hopefully, the bill will be passed and thousands of people can get back to their education with the help of financial aid. It is important to remember that in 2014 someone was arrested for a marijuana offense every 45 seconds, the article reports. While the country continues to move towards more enlightened laws regarding substance use and abuse, amending the Aid Elimination Penalty would be another step in the right direction.