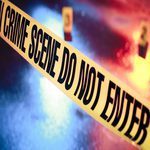 In the United States we a have been faced with over a decade long opioid epidemic, first with prescription painkillers and now skyrocketing heroin use rates. Every day, over forty people succumb to opioid overdoses, which has resulted in demands for greater access to the life saving opioid overdose reversal drug naloxone. While efforts to give opioid addicts a chance of surviving an overdose are huge, it could easily be argued that there is an even greater need for addiction treatment services.

Over the last two weeks there has been an interagency surge at the federal level to address the many facets of the opioid epidemic. Perhaps the most important move was the announcement that the White House would seek $1.1 billion from Congress to fund expanded access to substance use disorder treatment. The value of addiction treatment cannot be overestimated, for the fact that it addresses the roots of addiction rather than merely the symptoms.

Sadly, in many areas of the country hit the hardest by opioid addiction, people are finding that they have to wait for beds in treatment facilities – some times as long as a month. If the funding is approved by Congress it could mean the creation of new jobs in the field of addiction treatment, and the new creation of new facilities. It is often the case that such facilities, both inpatient and outpatient, are opened in residential areas, and often times some of the people living in those areas object to having people recovering from addiction congregating next door. The most common argument is that treatment facilities attract criminals.

New research debunks the aforementioned claim that addiction treatment centers are unsafe to communities, HealthDay reports. The study was conducted by researchers at the Johns Hopkins Bloomberg School of Public Health and was published in the Journal of Studies on Alcohol and Drugs.

“Our findings show that drug treatment centers pose no additional risk of violence above and beyond any traditional business in the community,” study author C. Debra Furr-Holden said in a Bloomberg news release. “They have gotten a reputation as magnets for crime, but the data just don’t support that. By contrast, communities often solicit other types of businesses to locate in their neighborhoods, even though they appear to have a more profound effect on attracting crime.”