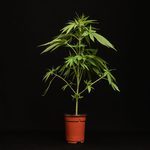 With November around the corner, it is highly likely that more states will vote in favor of legalizing marijuana. There are currently four states that allow adult recreational marijuana use, 23 states with medical marijuana programs and D.C. allows limited possession and cultivation of marijuana by adults who are 21 or older. Many teenagers and young adults have the misguided belief that marijuana is safe and does not carry the risk of addiction. Prolonged marijuana use can lead to addiction and can have serious effects on developing minds.

When people think about withdrawal, they will usually associate it with alcohol or opioid narcotics, such as oxycodone or heroin. They may be surprised to learn that marijuana users can experience withdrawal symptoms when they stop using. New research indicates that those who stop using marijuana and have withdrawal symptoms are more likely to start using again within sixteen days, Science Daily reports. The findings were published in the Journal of Drug Issues.

The study’s co-author Douglas C. Smith, a professor of social work and an expert on substance abuse issues, points out that the American Psychiatric Association included cannabis withdrawal in the Diagnostic and Statistical Manual of Mental Disorders 5 (DSM-5), the most recent edition, according to the article. Smith and his colleagues looked at 110 young adults who used marijuana nearly every day. The participants used marijuana on average about 70 of the 90 days before being admitted to substance use disorder treatment.

Upon stopping use, the participants reported experiencing an average of two withdrawal symptoms.

“For people to be included in the study sample, they had to be using at least 45 days out of 90 days prior to entering treatment and had to have made an attempt during the preceding week to quit or cut down,” said study lead author Jordan P. Davis, a doctoral student at the University of Illinois School of Social Work. “So they are what we would consider a pretty severe population. However, we excluded people who used other illicit drugs or who were binge drinkers, to ensure that any withdrawal symptoms reported by our participants could be attributed to cannabis and not to other substances.”

The study found that diagnosing cannabis withdrawal early could prevent relapse, the article reports. Teaching marijuana addicts how to cope with the withdrawal symptoms could prevent them from starting up again. If you are addicted to marijuana, please contact Cottonwood Tucson.