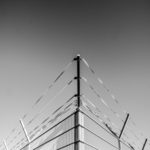 It is often said that addiction does not discriminate; people from all walks of life are affected by the disease. What’s more, children and teenagers can be touched by addiction as well, and if it is left untreated it can drastically change the course of one’s life. Researchers from Northwestern University followed 1,829 teenagers who were detained at Cook County Juvenile Temporary Detention Center between 1995 and 1998. The researchers found that most of the youths tracked had been diagnosed with a substance use disorder by the time they reached their late 20’s or early 30’s, The Chicago Tribune reports. The findings were published in the American Journal of Public Health.

Study senior author Linda Teplin, a professor of psychiatry and behavioral science at Northwestern University Feinberg School of Medicine, points out that the study’s findings emphasize the need for addiction services, the article reports. Youth detention centers may be the perfect opportunity to intervene early, and prevent teenagers from struggling with addiction in adulthood.

“This points to an opportunity that if we had funds and resources to put toward preventive intervention and services during the correctional phase and care after people have been released from the system, that can really reach a sizable portion of people in need,” said lead author Leah Welty, associate professor in preventive medicine and psychiatry and behavioral sciences. “Detention can be this place to intervene with preventive efforts to try to prevent subsequent development of substance abuse and dependence.”