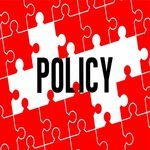 When talking about addiction, things are said at times that are not rooted in reality, but rather fear. People will often let their emotions dictate whether they will support a particular policy or not, a trend which can have a ripple effect with dire outcomes. In the past, before the country realized the true scope of the opioid problem, a significant number of lawmakers did not support needle exchange programs. Perhaps the most common argument against the service is that needle exchange programs encourage not only drug use – but intravenous drug (IV) use.

Without access to clean syringes, IV drug users are forced to make risky decisions in order to get high – often by way of sharing needles. Sharing syringes is one of the most common ways of spreading infectious disease, such as hepatitis C or HIV. In recent years, in areas of the country that did not provide IV drug users with clean needles, infectious disease outbreaks have occurred. The recent spike in disease transmission has forced many lawmakers who were traditionally against needle exchange programs to change their position.

Needle exchanges can do a lot of good for a community. On top of providing IV drug users with supplies of clean needles, they can also provide addiction counselors with a perfect, perhaps even rare, opportunity to discuss recovery options with those who are actively using. While it’s probably fair to say that a large number of addicts will not be responsive to the idea of recovery and will take their syringes and leave, there will be some addicts who are ready to accept offers of help – potentially checking themselves into a treatment program and saving their life.

The life saving drug naloxone is another perfect example of something that was misrepresented. Only in the last few years has access to the opioid overdose reversal drug been expanded, being relegated formerly to only health professionals, such as doctors and EMTs. Naturally, with any overdose, time is of the essence, if the drug is not administered in a timely fashion – it can have fatal results. The people in the best position to save lives are other addicts, or their friends and family. Nevertheless, in the past there were some lawmakers who felt that providing addicts and their family with a naloxone supply would encourage continued use – essentially giving them a get out of jail free card.

The reality could not be further from the truth, in fact, new research suggests that there is no evidence to support the idea that take home naloxone (THN) programs encourage heroin use, Science Daily reports. What’s more, the study found that naloxone successfully reversed heroin overdoses 96 to 99 percent of the time. The findings were published in the scientific journal Addiction.

“This study is the first to assess the international evidence-base on take-home naloxone, and we found that the antidote successfully reversed overdose in the large majority of cases where the drug was administered,” said co-author Professor John Strang, Head of the National Addiction Centre at King’s College London.

“These findings strongly support the distribution of take-home naloxone to carers, drug users and their friends and families to prevent deaths from heroin overdose.”

Sometimes policy is made without having all the facts, which is why it is crucial that researchers continues to do the work that they do in the field of addiction – a field that has long operated in the dark with a lack of funding. What is important is that policy can be changed for the better.

If you are actively abusing prescription opioids and/or heroin, please contact Cottonwood Tucson. We specialize in treating addiction, and the co-occurring disorders that often accompany addiction.