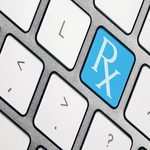 In the 21st Century, in a world driven by technological devices such as smartphones and computers, it may come as a surprise to learn that an overwhelming majority of doctors still prescribe drugs with pen and paper. The high value of prescription narcotics, especially opioid painkillers, means that some people will do whatever it takes to acquire the drugs for use or sale. Electronic prescribing, unlike prescription plans, makes it much more difficult for individuals to forge prescriptions. Which begs the question, why are more doctors not taking advantage of e-prescribing in light of the opioid epidemic plaguing America?

At the end of March, the state of New York is mandating that all prescriptions written be done so electronically, Marketwatch reports. The requirement will make New York the second state to require electronic prescribing, Minnesota was the first state to mandate e-prescribing back in 2011. In 2014, after nearly a decade and a half of elevated overdose rates, the electronic prescription network Surescripts reports that only 1.4 percent of primary care providers were setup to prescribe narcotics electronically.

While New York lawmakers contend that mandating doctors to write prescriptions electronically will reduce prescription forging and complement the state’s prescription drug monitoring program, there are many doctors who do not support the requirement – citing a number of concerns. Doctors complain that electronic prescribing is not only complicated, it’s expensive, according to the article.

“E-prescribing in the right circumstances is fast, efficient and liked by patients and pharmacists and physicians. But there are many circumstances where there are challenges,” said Dr. Steven Stack, president of the American Medical Association.

Part of the problem is that when an electronic prescription is written, it is wired to the patient’s pharmacy. If said pharmacy happens to be closed, it is difficult to reroute the prescription to a different pharmacy, the article reports. But with any new system, it’s a process to determine what works and what does not.

“With any technology, things improve the longer it’s used,” said Surescripts senior vice president Ken Whittemore Jr. “There are some things we’ll have to work through.”

Despite electronic prescribing having some kinks, doctors in New York will have to follow the mandate regardless of their criticism. It will be interesting to see how it plays out; hopefully it will have an impact on the epidemic which claims 44 lives every day from prescription opioid overdoses.