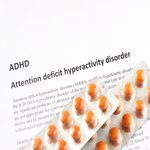 When people discuss the prescription drug epidemic in America, the vast majority are referring to opioid painkillers; and for good reason, the Centers for Disease Control and Prevention (CDC) reports that there are 44 overdose deaths everyday in this country related to such pain medications. There was a study published recently that sought to inform people about an underreported epidemic involving overdose deaths linked to anti-anxiety medications in the benzodiazepine family, such as Xanax or Valium. What’s more, a significant number of overdose deaths are the result of taking opioids and benzodiazepines at the same time.

Prescription narcotics do not always have to carry a heightened risk of overdose to be of serious concern, especially when it involves drugs that are commonly prescribed to adolescents. If a child or teenagers is diagnosed with attention-deficit hyperactivity disorder (ADHD), they are usually treated with a prescription stimulant, like Adderall or Ritalin. While ADHD drugs can be an effective treatment, stimulant medications are often used by teenagers for non-medical reasons and the drugs are also addictive.

New research suggests that teenage abuse of prescription stimulants is on the rise, and almost 90 percent of those who abuse ADHD meds acquire them from someone else, HealthDay reports. The lead author of the study, Yanning Wang, from the University of Florida in Gainesville, says that the elevated abuse rates is linked to both an expanding ADHD drug market along with increasing diagnosis rates. The findings were published in Drug and Alcohol Dependence.

“It is so important for physicians and parents to counsel youth who have prescription stimulants to never share their medications,” said study co-author Linda B. Cottler, PhD, MPH, of the University of Florida in a news release.

The findings come from interviews conducted between 2008 and 2011, according to the article. More than 11,000 American children and teens between the ages of 10 and 18 from 10 different cities participated. Some of the participants reported using stimulants in unintended ways, including:

The study showed that teens that used ADHD medications for nonmedical reasons were more likely to use other drugs and alcohol, the article reports. Cottler points out that they were also more likely to have friends who also experimented with drugs, what she refers to as a “circle of risk taking.”

If your female child is abusing prescription stimulants, it is vital that you reach out for help. Our Sweetwater Treatment Program for adolescent girls utilizes various evidence based treatment modalities to treat girls seeking addiction recovery.