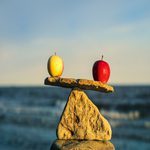 The word parity is one that is particularly important, especially to those living with mental health disorders and/or addiction. If you have been following the news regarding the prescription opioid epidemic, and the scourge of heroin addiction that has followed in its path, it is likely that you are aware that in many parts of the country substance use disorder treatment is both scarce and overburdened. What’s more, those who do manage to receive a bed at a facility may find that their health insurance will not cover the length of treatment required to ensure the patient has a good opportunity at a successful recovery.

The Mental Health Parity and Addiction Equity Act of 2008 (MHPAEA) is a law that is meant to prevent group health plans and health insurance providers from imposing less favorable benefit limitations on mental health and addiction benefits than they do on other medical benefits. The passing of the MHPAEA was considered by those who work in the field of addiction, as a victory. The law was certainly a step in the right direction, but there are still serious concerns about whether people are receiving the coverage they deserve.

Today, the President is appearing at the 2016 National Rx Drug Abuse & Heroin Summit, USA Today reports. The President will unveil his plans to improve access to substance use disorder treatment and make certain that people living with mental health/addiction issues receive the same level of coverage for evidence-based effective treatments.

More than 1,800 top policymakers, researchers and law enforcement professionals are expected to be at the summit, according to the article. The event was put together by Eastern Kentucky’s Operation UNITE, anti-drug organization.

Federal officials say that Obama plans to sign a memorandum creating an inter-agency task force today, the article reports. The task force would improve and enforce current parity protections, including on the job coverage, and health insurance plans under the Affordable Care Act. The U.S. Department of Health and Human Services is working to improve mental health services for people enrolled in Medicaid and the Children’s Health Insurance Program. The new rule would affect about 24 million people, according to Richard Frank, assistant secretary for planning and evaluation.

Please take a moment to watch a short video below:

If you are having trouble watching the video, please click here.