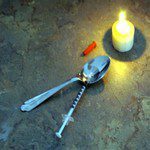 Role playing is a common technique used by addiction counselors to help people new to recovery learn how to navigate their way through (seemingly) real life situations without picking up a drug or a drink. While such techniques may be effective, they require participants to imagine that they are not in a clinical setting, but rather in the outside world facing an environment that could trigger a relapse. It can be hard for some people to accomplish the task, rendering the technique ineffective. Technology may be the answer to the problem.

Researchers at the University of Houston Graduate College of Social Work have been working on a virtual reality simulator which will help recovering heroin addicts manage in the real world, Reuters reports. Using an eight-camera infrared system, participants have to navigate through two different scenarios that have life-sized 3D avatars and environments. One is a house party where heroin is being snorted, the other involves the drug being injected.

“In traditional therapy we role-play with the patient but the context is all wrong,” said Patrick Bordnick, an associate dean of research and one of the study leaders. “They know they’re in a therapist’s office and the drug isn’t there. We need to put patients in realistic virtual reality environments and make them feel they are there with the drug, and the temptation, to get a clearer picture and improve interventions.”

Earlier virtual reality experiments conducted by Bordnick dealt with cigarette addiction. He found that participants exhibited higher level of confidence in real world environments, with the use of coping skills learned in the simulator. It took the researchers nearly a year to create what is known as the “heroin cave,” according to the article. Heroin addicts wear virtual reality headsets which place them in realistic situations which are designed to trigger cravings for the drug.

“We want to know if decreasing craving in a lab modifies heroin use in the real world,” said Bordnick.