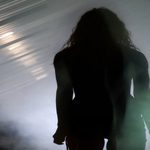 In the United States, we begin teaching adolescents about the dangers of mind altering substances at very young age, the hope being that the knowledge will prevent premature experimentation with drugs. Scientists have understood for quite some time that the adolescent brains is at a greater risk of harm due to the fact that they are still developing. On top of that, it has long been thought that teenagers and young adults are more susceptible when it comes to substance use leading to addiction, when compared to older adults. However, there has been little research that could conclusively prove that to be the case. New research on the subject may actually point to the development of treatments for substance use disorders.

Researchers from Baylor College of Medicine conducted two studies, using both mice and humans, with the aim of determining why adolescents are more prone to drug addiction, Science Daily reports. The studies showed that the molecule eIF2α, which regulates the brain’s ability to produce or synthesize new proteins, is one of the reasons for the increased risk of addiction in adolescents. The research will be published together in the journal eLife: Translational control by eIF2α phosphorylation regulates vulnerability to the synaptic and behavioral effects of cocaine and Translational control of nicotine-evoked synaptic potentiation in mice and neuronal responses in human smokers by eIF2α.

“In humans, adolescence, namely the period between the early teenage years and early twenties, is a time of heightened susceptibility to the effects of addictive drugs, but previous studies have struggled to explain why. Our studies support the idea that regulation of protein synthesis by eIF2α might be the underlying cause,” said senior author Mauro Costa-Mattioli.

The research team worked with both cocaine and nicotine to reach their findings, according to the article. In the first study, adolescent and adult mice were injected with either saline or cocaine. In adolescent mice, cocaine was found to diminish the activity of eIF2α, causing an increase in the strength of synapses between dopamine-storing neurons in a part of the midbrain – the reduction causes the feeling of heightened pleasure from using the drug. The second study followed the same model but with nicotine instead of cocaine, and the findings were consistent with the first study.

“This greater communication between dopamine-rich neurons gives a greater sense of pleasure from taking the drug and encourages behaviors related to addiction,” said lead author Wei Huang. “Only higher doses of cocaine led to similar responses in adult mice, proving that adolescents have a lower threshold for the effects of cocaine on these neurons.”

The findings of the research are extremely important because when the researchers increased eIF2α activity in the brain, with the use of genetics and pharmacology, adolescent mice became more resistant to the effects of cocaine, the article reports. Using eIF2α as a target, researchers may be able to develop new treatments for both adolescents and adults who are struggling with addiction.

“It’s truly remarkable that by manipulating the processes surrounding eIF2α in this way, we can rejuvenate brain activity. This could hold significant promise for developing new treatments for drug addiction and related disorders,” said Costa-Mattioli.