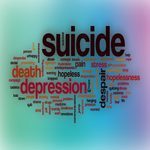 Substance use disorder has the power to bring people to despair, affecting them both mentally and physically. Without treatment, many people who find themselves looking up from the bottom will choose a permanent solution to a temporary problem – suicide. The link between substance abuse and taking one’s life is complex; and while the reasons are not well understood – a significant number of people who have battled with addiction and found recovery will tell you that the thought crossed their mind one time or another.

Researchers from Brown University sought to uncover the relationship between substance use and suicide, and the findings may not be what you would expect. The study looked at hundreds of suicidal emergency room patients from all over the United States, according to a Brown news release. The findings showed that the link between substance abuse and suicide varied with:

“It’s not a clear-cut, straightforward association,” said lead researcher Sarah Arias, assistant professor (research) of psychiatry and human behavior in the Alpert Medical School of Brown University. “Even though substance use is often touted as a very strong predictor of suicidal intentions and behaviors, when we look at individual substances we’re seeing that there’s not that consistency in the future association with behavior.”

However, when alcohol was used in conjunction with cocaine, the researchers found that the admixture appeared to have the only significant association with suicide risk, the press release reports. Risks of attempting suicide were 2.4 times greater among those who use alcohol and cocaine together, compared to the study population who did not. They also found that Caucasians and women were less likely to have attempted suicide due to substance misuse.

“We’re on our way to trying to identify factors that can be used to better assess and identify people who are at risk for suicide, and ultimately I think this is a step in the right direction to get a better picture,” she said. “Patients who have potentially comorbid alcohol and cocaine use may be at a higher risk. Findings like these can be useful for informing suicide risk assessment.”

The findings were published in the journal Crisis.