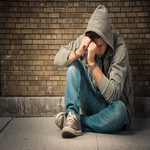 Anyone who has any experience with addiction, whether personal use or knowing someone who has struggled with the insidious disease, is likely aware that there is little someone with a substance use disorder wouldn’t do or say in order to maintain their habit. This is not the result of a lack of willpower, constitution or moral fiber – but rather the byproduct of someone gripped in the vice of mental illness. Those living with addiction are commonly some of the most vulnerable; and for decades low-level, nonviolent drug offenders have faced persecution rather than access to support.

In recent years, both lawmakers and law enforcement have come to terms with the reality that addiction can’t be treated in a jail cell – a belief that has been expressed vocally by politicians on both sides of the aisle. The White House has laid out plans for expanded access to addiction recovery services, calling for treatment over jail and changes to mandatory minimum sentencing laws. President Obama has granted clemency to over 200 non-violent drug offenders, many of whom were serving life sentences for the crime of addiction.

These policy changes are in many ways due to the efforts of addiction experts shining a light on the nature of the disease, calling for reforms and breaking the stigma; on the other hand, after over a decade of an opioid epidemic that has touched people from every corner of life, lawmakers seem to understand that everyone can be eligible for addiction and we can no longer use draconian drug laws to address drug epidemics. Unfortunately, it would appear that some law enforcement officials and prosecutors failed to catch wind of the paradigm shift.

New York City has had a long history of implementing and enforcing archaic drug policies to “clean” up the streets, beginning in the 1980’s with the cocaine epidemic. Now the city, like many major American metropolises have been ravaged by opioid addiction. Despite a call for arresting drug dealers, rather than drug addicts, New York Police Department undercover agents have been conducting stings on low-level, nonviolent drug offenders, The New York Times reports. The practice has both defense lawyers and juries asking why?

In fact, undercover officers will approach destitute addicts on the street and persuade them to help acquire drugs. It would seem that the officers would then use the opportunity to go after the dealer who sold the drugs, but that apparently has not been the case, according to the article. While it is hard to determine how often this practice goes on, there are at least four recent cases of going after low-level addicts, and not even an attempt to pursue the dealers selling the drugs. Seeing the wrong of such practices, jurors acquitted two of the defendants.

“We all talk a lot in this city about the public health crisis of drug addiction, and yet we take a very regressive approach to locking people up,” said Tina Luongo, head of the Legal Aid Society’s criminal practice.