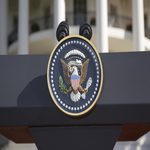 Medical epidemics in the United States are nothing new; we have faced and found solutions to some of the most insidious of diseases, including the virus Poliomyelitis – commonly referred to as polio or infantile paralysis. Not too long ago, the fear of contracting polio was great, but thanks to the tireless efforts of a number of scientists an effective vaccine was finally developed by Jonas Salk and colleagues at the University of Pittsburgh in 1952. Across the country people began lining up to receive the miracle treatment, in 1994 the America’s were declared polio-free and Europe was declared polio-free in 2002.

It is probably fair to say, that most Americans, especially young adults, never think about polio. But in 1952, the year the first effective vaccine was developed, there were 57,628 reported cases of polio, 3,145 of which died and 21,269 were left with mild to disabling paralysis, according to the History of Vaccines. The polio virus was both debilitating and deadly, but it could be argued that the American opioid epidemic is far more deadly – taking over 70 lives a day. Between 2000 and 2014, nearly a half million people lost their lives from an opioid overdose, according to the Centers for Disease Control and Prevention (CDC).

While addiction is not a virus, it is a disease that requires treatment and continued maintenance. Unlike polio, there is not a vaccine for the disease, but access to addiction treatment and recovery services can save countless lives. Addiction is an unorthodox epidemic, which requires an unorthodox approach to save lives. Both lawmakers and law enforcement are by and large in accord with the idea that incarceration is not a viable solution to the nation’s opioid crisis. Some officials have taken a novel approach in their districts to combating addiction, and they have found great success.

On April 29, 2016, ten people will be honored at the White House for their roles in “advancing prevention, treatment and recovery,” CBS Boston reports. One of the “Champions of Change” is the chief of police in Gloucester, Massachusetts, Leonard Campanello. In May 2015, the Gloucester Angel program came into being, heroin addicts were encouraged to bring their drugs to the police station and request help without fear of arrest. In the last year, 100 communities in 22 states have joined the Angel program approach.

“In the 10 months since it began, the Gloucester Program has brought 425 people directly to treatment with no criminal penalty and no solicitation of information, and has reduced crime and costs associated with addiction in Gloucester and rebuilt trust between the police and the community,” the White House said in a statement.

Does your community have something like an Angel program? Consider contacting your local authorities and share this information with them. The life you help save could be your own or your loved ones.