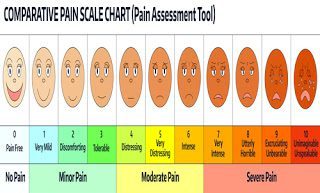 “On a scale from 1 to 10, how bad is your pain?” It is a question that is asked countless times in hospitals across the country every day. Those who are experiencing moderate to severe pain will usually be given a prescription opioid of some kind, such as hydrocodone or oxycodone. You may find it interesting to learn nurses and doctors did not always regularly ask questions about patient pain, which raised concerns that some patients were not being treated adequately.

Today, as result of the opioid crisis we face in America, everyone from lawmakers to health experts are tirelessly working to combat this unprecedented epidemic. A group of 60 senior health officials, doctors and consumer advocates from various states are calling for a reassessment of pain management standards, The Wall Street Journal reports. The health officials recommend that new guidelines be developed for the treatment of pain.

So, how did we get here? In the 1990s a number of doctors and nurses were found to be neglecting patient pain. This lead the Joint Commission to create new standards for pain management in 2001, which happens to coincide with the time when prescription opioid abuse began to get out of hand. What’s more, the new pain management rules came out when the prescribing of OxyContin ® (oxycodone) became more common, amidst claims that the drug was less addictive than other opioid narcotics. Doctors were required to assess and regularly reassess the level of patient pain, according to the article. The Joint Commission essentially declared pain management as a patient “right.”

“There was a time where pain wasn’t assessed,” said David Baker M.D., executive vice president of the Joint Commission.

There is not a doctor in this country that is ignorant about the problems that the 2001 guidelines led to, but they are still required to treat a patient who reports that they are experiencing pain. Naturally, something has to give; Americans use the vast majority of opioid medications on the planet, far more than any other country. The Centers for Disease control and Prevention (CDC) reports that 44 people die from a prescription opioid overdose every day.

The group also sent a letter to the head of the Centers for Medicare and Medicaid Services asking the agency to discontinue surveying patients about how well their pain was managed at the hospital, the article reports. The surveys are used by the agency to gauge how well the hospital performed and determine how much they should pay. Knowing that information, it can clearly be seen that hospital and doctors have an incentive to over treat pain. The group states that the surveys “have had the unintended consequence of encouraging aggressive opioid use.”