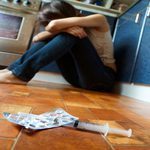 In the United States, it probably goes without saying that we put a huge emphasis on preventing teenage substance misuse and abuse, as is evident by our high legal drinking age as compared to other western democracies. In both middle schools and high schools across the country zero tolerance policies are at play, which can result in an expulsion for being caught with drugs. What’s more, students are typically subject to some form of health education regarding the dangers of illicit drug use. While such efforts have had an impact on students and the most recent Monitoring the Future report shows that teenage substance abuse has been declining, addiction still affects thousands of teenagers throughout the country.

A new study has found that teenagers with substance use issues often engage in dangerous behaviors, The Huffington Post reports. The research was conducted by developmental psychologists from Case Western Reserve University, who found that such behaviors are often the result of apathy towards others. The findings were published in the Journal of Child and Adolescent Substance Abuse.

The researchers found that teenagers with substance abuse problems are less likely to volunteer their time and are at a higher risk of:

“Alcoholics have been described as a ‘tornado running through the lives of others,’” said study lead author Dr. Maria Pagano, a professor of child psychiatry at the university. “Results from this study suggest that alcoholics lack awareness of others and how their actions impact others, rather than being sociopaths or intending to harm others.”

Treating adults with addiction issues is no easy task; one could argue that treating teenagers is even more difficult. It is no secret that teenagers are often selfish and egocentric, but the researchers found that those who are especially unaware of their peers are at greater risk of addiction, according to the article. The researchers point out identifying the element of poor awareness for others could be important in starting down recovery road. Assisting teenagers in mitigating egocentricity could help teenagers experience success in recovery.

“To increase muscle in becoming more aware of others, teens struggling with or at risk for addiction should get active in helping others as a method to get out of self,” said Pagano.

If your daughter is struggling with substance misuse or abuse, please contact Cottonwood Tucson. Our Sweetwater Adolescent Girls Treatment Program can help your child break free from addiction and live a productive life in recovery.