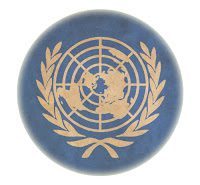 Despite the good intentions and best efforts of the last eight Presidents dating back to Richard Nixon, the “war on drugs” in the United States has been a failure. While various campaigns have managed to imprison drug dealers, the true casualties have been those who suffer from the disease of addiction. With treatment and continued maintenance people can, and do recover. The goal of sustained, long term recovery is rarely accomplished inside a prison cell, as is evident by the high recidivism rates of nonviolent drug offenders.

Slowly but surely, both federal and local officials in the U.S. are coming to terms with the fact that we can’t simply lock up drug addicts to eradicate addiction. It’s a reality everyone in America has come to terms with after over a decade and half of being faced with an opioid epidemic, taking nearly hundred lives a day from overdoses. Efforts are currently underway to expand access to both addiction treatment and mental health services; in various parts of the country addicts are being encouraged to surrender their drugs to local police and ask for help without fear of reprisal. That type of humanitarian approach would never have been believed possible just a short time ago.

America is not the only country which has waged war on illegal drugs in the past, nor the only country continuing the fight. Last week, hundreds of government officials, non-governmental organization representatives and individuals met at the headquarters of the United Nations to attend a special session on global drug policy.

There were a number of people, including former UN Secretary-General Kofi Annan, who were hopeful that the gathering might bring about a major shift in policy, one that would call for a more humanitarian approach towards addiction. Unfortunately, the first special session in nearly 20 years concluded without any significant shift in policy, The Wall Street Journal reports. The president of the U.N. General Assembly, Mogens Lykketoft, was hopeful that the gathering would be “an encouragement for new thinking, unconventional thinking.”

“Law enforcement efforts should focus on criminal organizations — not on people with substance use disorders who need treatment and recovery support services,” said Michael Botticelli, the Director of the U.S. Office of National Drug Control Policy, at the forum.

An “outcome document” was drafted and agreed upon which continues to ban all recreational drugs, and criminalizes their use, according to the article. However, the outcome document did call for a more humanitarian approach and better cooperation between nations, but failed to touch on capital punishment for drug traffickers.

“The declaration is long and rhetoric and very short on substance. It’s out of step with world sentiment and doubles down on status quo,” said Richard Branson, head of the Virgin Group and a member of the Global Commission on Drug Policy.