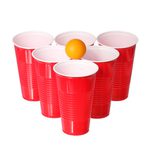 The teenage years are typically a time for making new friends, stepping outside of one’s elementary school comfort zone. Trying to find out where you fit in the social hierarchy of life can be a real challenge, especially when you consider that at the same time one is changing both physically and mentally. When you add everything together—what you often get is angst. Trying to fit in with one’s peers can lead to making some decisions that can dramatically alter the direction that life heads, such as using alcohol and drugs. Experimentation can lead to dependence, and even addiction—some teenagers find themselves using to cope rather than social acceptance.

For those who manage to make it out of high school without any real exposure to mind altering substances, college can be a rude awakening. Unlike the transition from elementary school to high school, those young adults go off to college finding themselves with a new sense of freedom coupled with a new environment—free from the umbrella of one’s parents. It is highly likely that young adults are more apt to give drinking and drugging a try.

It is no secret that the use of alcohol is pervasive in settings of higher learning, the use of alcohol and drugs is a common occurrence. In fact, new research shows that 1.2 million full-time college students consumed alcoholic beverages on an average day last year, USA Today reports. Marijuana use was not that far behind alcohol, respectively, with more than 700,000 students using cannabis. The findings come from the Substance Abuse and Mental Health Services Administration (SAMHSA) and the report is titled “A Day in the Life of College Students Aged 18 to 22: Substance Use Facts.”

While the use of both alcohol and marijuana is typically perceived as being relatively harmless, especially by young people, there is significant research available indicating that both substances can have an impact on developing brains. Young adults who engage in heavy pot use and/or “binge drinking” put themselves at risk of long term, life altering side effects—such as addiction.

“The findings show that college is the time when a lot of young people initiate substance use, and alcohol and marijuana are the most frequently initiated substances,” said Dr. David Dean, behavioral research scientist at SAMHSA. “There is a great deal of development that is still occurring during this age, particularly neurophysiological development, that can be inhibited by substance abuse.”

The use of drugs and alcohol at American colleges has long been accepted as commonplace, often times chalked up to young adults blowing off steam after a long week of papers and tests. However, while that may be true for some students—life can quickly spin out of control for others. Education and prevention efforts, beginning in the high school years, right through college, are paramount. Many students will ignore such warnings, but some will heed them and make the choice to abstain. It is fair to say that it is worth it.

“These numbers are not new to us but they are alarming,” General Arthur Dean, Chairman and CEO of Community Anti-Drug Coalitions of America. “We need to somehow change the social norms related to alcohol. Most young people believe that drinking is a rite of passage and that one has to drink to drink to fit in, but we know that it is not appropriate.”