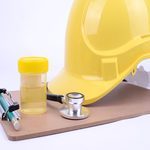 Just a few decades ago it was practically unheard of to require both employees and potential employees to submit to drug testing, even for government jobs. Today, it is the polar opposite, with drug testing requirements in practically every field, especially those involving salary pay or working with heavy machinery. It is quite common for people who are looking for employment to look somewhere else when asked to take a drug test before being hired.

In the wake of both the greatest recession post Great Depression in American history and elevated addiction rates, many employers are finding it difficult to hire people who pass a drug test, The New York Times reports. A significant number of Americans, who lost either home or livelihood, or both, turned to drugs and alcohol to cope with the economic downturn of the late 2000’s. When the economy finally turned around many were able to stop using and get back in stride; however, that was not the case for some.

As a result, companies who are trying to rebuild after massive layoffs are faced with challenges, the article reports. The changing tides of marijuana prohibition in the United States is also a factor in the difficulty employers are having. Despite cannabis use being legal for adults in four states, many industries do not view the drug in the same way as alcohol. Since the drug is illegal under federal law, employers can circumvent state laws when it comes to hiring practices.

On top of marijuana, heightened use of prescription opioids and heroin among millions of Americans has had an impact of on the job market. The vast majority of people who are asked to take a pre-employment drug test will just not show up and look for another job, rather than stop using, the article reports. John Sambdman, who has about 100 employees at Samson Trailways in Atlanta, says that many potential employees “just don’t bother to show up at the drug-testing place.”

Illicit drug use is illegal, but with so many Americans engaging in the behavior, simply not hiring them has the potential to be a slippery slope. States need to come up with solutions for helping those who are using drugs either find employment, or help them stop using so that they can be hired.

In most states, people who are having trouble finding a job will often turn to the Department of Labor (DOL).

In Georgia, Governor Nathan Deal is working out a way to help both employers and potential employees with the problem, according to the report. Those who seek help from the DOL would be drug tested, those who do not pass would be offered substance use counseling, after which enjoy job placement.

“Obviously, it’s not an easy process, and it would be costly,” said Mark Butler, the state labor commissioner. “But you’ve got to think: What is the reverse of that? People needed to fill jobs are turned away,” and, he added, “It’s pretty much a national issue.”