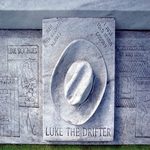 If you have gone to the cinema lately, you may have noticed a billboard for I Saw the Light about America’s first country music superstar Hiram King “Hank” Williams Sr., who sometimes went by the alias Luke the Drifter. The film drew its story line from the book Hank Williams: The Biography by Colin Escott, George Merritt and William MacEwen. Hank’s music career only lasted about six years, before he passed away in 1953 at the age of 29 from what was deemed to be heart complications. In that short time Williams sold over 11 million records and had 11 number one hits.

There is darker side to the “honky tonk hero’s” life, one that almost certainly had a hand in the beloved musician’s death. Williams’ story, like a number of top of the charts musicians, involved chronic pain, a doctor and addiction. Hank was born with a condition that would not be diagnosed until the later years of his life, known as spina bifida occulta. It is a birth defect where there is incomplete closing of the backbone and membranes around the spinal cord, according to the National Institute of Health (NIH). Williams experienced severe back pain which could be, at times, debilitating and would prohibit him from performing. Upon learning of his condition, Hank reportedly said: “Cure me or kill me, Doc. I can’t go on like this.” He underwent surgery, but still struggled with the pain.

Williams was drinking whiskey by the age of 13, according to crime author Robert A. Waters. On top of struggling with alcoholism, the artist used a number of drugs, including: cocaine, morphine, chloral hydrate and heroin. Waters writes:

“In the last year of Hank’s life, a con-man and thief became Hank’s personal doctor. Toby Marshall, a convicted robber and forger who’d bought his medical diplomas from a traveling salesman, promised to help Hank get off drugs and alcohol.”

The fake doctor would often turn to the extremely powerful sedative chloral hydrate as a remedy for addiction, but when the drug is mixed with alcohol it can be lethal, Waters notes. Just nine days before Williams passed away, Marshall wrote Hank a prescription for 24 grains of chloral hydrate which was basically empty. On the night of Hank’s death, he was treated by another physician, Dr. Paul H. Cardwell, who administered two injections of an admixture of morphine and Vitamin B12. Marshall spoke to Dr. Cardwell over the phone, and instructed Dr. Cardwell to tell Hank to hit the road to Canton, Ohio where Marshall was waiting – regardless of Hanks condition. Williams passed away in the back seat of his Cadillac on the way to Canton.

While the autopsy showed alcohol in Williams’ system, they did not test for drugs. Had the coroner done so, it is likely that both morphine and chloral hydrate would have been present. The death was ruled a heart attack, but it is worth noting that chloral hydrate is known to be a heart depressant. When mixed with both morphine and alcohol, it can create of a perfect storm that can be deadly, and such a storm likely had a hand in the “Lovesick Blues” musician’s death.

Please take a moment to watch the trailer below:

If you are having trouble viewing the clip, please click here.

In our own times, we have seen a dramatic rise in overdose deaths involving prescription painkillers and sedatives, such as OxyContin (oxycodone) and Xanax (alprazolam). Both drug types are highly addictive and carry the risk of a fatal overdose – especially when mixed together. If you are struggling with those types of drugs, please contact Cottonwood Tucson.