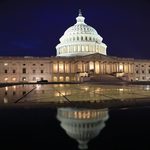 The American opioid epidemic is a bipartisan issue, one that affects practically everyone throughout the country in one way or another. Even if you yourself have never had a problem with prescription opioids and/or heroin, it is highly likely that you have a friend, family member or an acquaintance that has struggled with opiate narcotics. This is a reality which serves to reaffirm the fact that addiction knows no boundaries, it does not care who you are or where you came from – simply put, the disease does not discriminate.

While the crisis we have faced for over a decade continues, with people dying from overdoses every day, it has brought about bipartisan support for solutions that we have not seen in a long time in the United States. The President, Senators and Congressmen from both sides of the aisle are working together to gain control of the situation, a crisis that claims over 70 lives every day.

This week, the United States House of Representatives voted on 18 bills aimed at addressing and combating opioid addiction, The New York Times reports. Now with the bills approved, they will be bundled together with the Senate’s Comprehensive Addiction and Recovery Act (CARA), which was voted on and approved in March. The measures that were voted on cover a number of different areas related to the opioid epidemic. Some of the legislation the House approved includes:

“House Republicans promised swift action to tackle the opioid crisis, and they are staying true to their word,” said AshLee Strong, a spokeswoman for the House Speaker, Paul D. Ryan of Wisconsin.

And so it was yesterday, the House passed H.R. 4063, otherwise known as the Jason Simcakoski Promoting Responsible Opioid Management and Incorporating Scientific Expertise (PROMISE) Act, according to Speaker.gov. The measure will also make it safer for veterans to get opioid therapy and pain management care. The Speaker of the House issued a statement:

“Earlier today, I had the honor of meeting Jason Simcakoski’s family, making House passage of the PROMISE Act even more special. America lost a Marine, a husband, a father, and a son when Jason passed away—a tragedy that could and should have been prevented. Those seeking help shouldn’t have to fear mistreatment in return, especially our veterans. This is further illustration that opioid addiction knows no bounds. The courage of the Simcakoski family can and will save lives.”