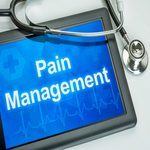 Prescription painkillers are extremely dangerous, as is evident by the 44 overdose deaths that occur every day in the United States as a result of the legal narcotics. Those with a history of opioid addiction will tell you that there is a fine line between a good high and an overdose, a tightrope walk between life and death. In recent years there has been a call for doctors to have better understanding of prescription opioids and to screen patients before prescribing the potentially deadly drugs.

You may find it surprising to learn that while such drugs are highly addictive and have the power to take a life; doctors are not currently required to undergo specific training in order to prescribe painkillers. But, with lawmakers and officials from a number of government agencies trying desperately to get control of the epidemic, there are many who would like doctors to do their part and be fully competent before they dispense prescription opioids.

This week, a panel of experts is meeting to consider if physicians should be required to have specific training to prescribe opioid narcotics, The New York Times reports. The panel was convened at the behest of the Food and Drug Administration (FDA), and is made up of outside experts. Interestingly, the FDA voted against a recommendation to require training from a similar panel in 2012. The reasons for the agency voting against the 2012 recommendation may not be what one might think.

Whenever any government agency votes against what would appear to be common sense, people often point first to lobbyists, as did Dr. Nathaniel Katz in the wake of the FDA’s 2012 ruling, according to the article. Dr. Katz, the president of Analgesic Solutions, was surprised to learn from a source inside the FDA that pressure to vote against the recommendation didn’t come from “big pharma,” but rather the American Medical Association (AMA).

“I was shocked,” said Dr. Katz, a pain management specialist, with a company in Natick, Mass. “You go to medical school to help public health and here we have an area where you have 15,000 people a year dying.”

Now, four years later, the AMA still opposes requiring doctors be subjects to pain management training, the article reports. The chairwoman of the AMA’s Task Force to Reduce Prescription Opioid Abuse, Dr. Patrice A. Harris, says that many doctors do not prescribe opioid narcotics. However, the AMA’s feelings may not be taken into consideration this time around. Both the Centers for Disease Control and Prevention (CDC) are in favor of requiring such training; what’s more, even the pharmaceutical companies are now in favor of such training.

The panel is likely to make their recommendation on Wednesday.