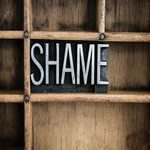 “It is an odd paradox that a society, which can now speak openly and unabashedly about topics that were once unspeakable, still remains largely silent when it comes to mental illness.” – Glenn Close

In the United States we have made great strides when it comes to treating mental illness. Not too long ago there were few options available for people living with psychiatric disorders, short of handing the afflicted a pill and hoping for the best. While behavioral health therapies have been around for quite some time, many Americans were unable to gain access to treatments that could save their life due to insurance companies refusing to cover the costs.

The passing of Mental Health Parity and Addiction Equity Act of 2008 (MHPAEA) was designed to prevent group health plans and health insurance companies who cover mental health or substance use disorder benefits from making  such benefits less favorable, compared to the level of coverage for general medicine. The MHPAEA was hailed as a victory, and for a time it seemed that people who were unable to get the help they need would finally receive treatment. Unfortunately, the MHPAEA has had limited reach and mental health parity is something that still needs to be addressed—in a number of different ways.

In the past year, only 41 percent of adults in U.S. living with a mental health disorder received any mental health services, the National Alliance on Mental Illness (NAMI). When less than half of  those who suffer from mental illness are getting help, clearly some changes need to be made. The month of May in Mental Health Month 2016 (MHM), a time to raise awareness about mental illness. NAMI is calling on everyone to do their part and take action in order to:

Mental illnesses, such as depression or the disease of addiction, have long been viewed by the general public through the lens of disgrace and shame—a moral failing. However, scientific research tells us that mental illness is a real health condition, and while they cannot be cured, those who receive treatment have a real shot at living healthy, productive and fulfilling lives. Sadly, a large number of people who do have access to treatment are afraid to accept it, largely due to the stigma that accompanies mental health disorders.

There are number of things that you can do to help end mental illness stigma, and we all have a good reason to be proactive. Just about everyone knows someone whose life has been impacted by mental illness, NAMI points out that approximately 1 in 5 Americans will be affected by a mental health condition in their lifetime. Take some time during the remainder of May to post mental health awareness information, images and graphics to your social media accounts, using #StigmaFree or #MentalHealthMonth.

If you would like to go one step further, you can Take the Pledge to be ‪#‎StigmaFree‬. It is fairly simple and could go a long way, please follow the steps below:

At Cottonwood Tucson we specialize in treating addiction and a number of other mental health disorders. It is worth noting that more than half of the 20.2 million Americans living with addiction, also have a co-occurring mental illness i.e. anxiety, bipolar disorder and depression. It is paramount that both the addiction and the co-occurring disorder are treated simultaneously, if successful recovery is to be achieved.

Glenn Close is an American actress who has won three Emmy Awards, three Tony Awards and received six Academy Award nominations. Close is also a mental health advocate who knows firsthand how debilitating mental illness can be, she herself suffered from depression (continues a low dosage medication) and her sister has bipolar disorder. She is the co-founder and chairperson of BRINGCHANGE2MIND.