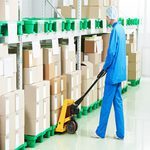 Culpability is a word that is used often when discussing the prescription opioid and heroin epidemic that has left millions of people in the grips of addiction, and steals as many as 44,000 American lives each year. The two main targets are pharmaceutical companies and doctors, simply put—drug makers and drug dealers. While it is true that they both arguably take the market share of responsibility, there are other entities that may need to be held to account for the national crisis.

When looking at the opioid epidemic on the national level, it is fair to say that the states east of the Mississippi River have been affected the most, despite the fact that many of those states have relatively small populations compared to western states. One such state that has felt the stranglehold of opioid addiction is West Virginia, with the highest rate of opioid overdose deaths in the nation, CBS News reports. It would seem that the State of West Virginia has put their foot down—they have had enough of companies profiting on the death of their citizens.

West Virginia has filed a lawsuit against six national companies that distribute opioid painkillers, according to the article. One such drug wholesaler is McKesson Corporation—the largest prescription drug supplier in the United States. The state alleges that McKesson Corporation has been distributing painkillers irresponsibly and they incentivize prescription opioid sales. The lawsuit claims that “while West Virginia was drowning in painkillers, McKesson continued to incentivize sales… with bonuses for the sale of oxycodone and hydrocodone.”

Over the course of five-years, McKesson distributed nearly 100 million doses of opioid painkillers in the state of West Virginia, the article reports. Just to put things in perspective for you, the population of West Virginia is only 1.8 million people.

“In 2014 almost 19,000 people died from opioid overdose — and we’re not talking about heroin,” said Joe Rannazzisi, who was with the Drug Enforcement Administration (DEA) for 29 years. “If a pharmacy was ordering 5,000 tablets per month, over a series of months, that’s not a big deal. But one month he orders 30,000 tablets. And then the following month, he orders 60,000 tablets, and now he’s up to 100,000 tablets. Well, the wholesalers were seeing this and no one was filing suspicious orders.”

Rannazzisi told the news agency that wholesale distributors, like McKesson Corporation, have a huge role in the American opioid epidemic.

Please take a moment to watch a short video clip on the subject:

If you are having trouble watching the clip, please click here.

Previous PostAlcohol and Marijuana Use In CollegeNext PostDo You Have A Social Media Alcohol Identity?