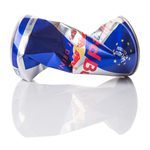 One of the most common drinking practices among teenagers and young adults is mixing alcohol with highly caffeinated energy drinks, such as Red Bull or Rockstar. The idea behind the practice is to extend the length of time one can drink. As the night progresses, alcohol being a depressant, causes users to experience sedative effects. Those who are planning to drink the night away would like to avoid such side effects. And that’s where caffeine comes into the picture.

Unfortunately, the practice of mixing alcohol and caffeine together can be especially dangerous. Caffeine and alcohol co-consumption, often times goes hand in hand with “binge drinking,” that is when men consume 5 or more drinks, and when women consume 4 or more drinks—in about 2 hours. Just consuming alcohol on its own is linked with poor decisions and risky decisions, but the aforementioned admixture has been associated with even more hazardous behavior. Adolescents commonly think that they are in better position to drive under the influence of alcohol when they simultaneously consume energy drinks.

It is common misconception that caffeine sobers people up, as is evident by a bartender handing someone who has had too much to drink a cup of coffee. The body processes alcohol at a given rate, there is nothing that can be done to speed that process along or make one more sober. What’s more, consuming energy drinks with alcohol gives people the feeling that they are less intoxicated than they actually are—a line of thinking that can be deadly.

The researchers found that caffeine and alcohol co-consumption might result in increased binge alcohol consumption in adolescents/young adults, according to the article. What’s more, both teenagers and young adults may be uniquely affected by the stimulant effects of caffeinated alcohol consumption, resulting in dangerous bad decisions. The findings were published in Alcoholism: Clinical and Experimental Research.

If your teenager takes part in unhealthy drinking practices, such as binge drinking, they are putting themselves at great risk of developing an alcohol use disorder. If you feel that your daughter’s drinking has become worrisome, we encourage you to contact Cottonwood Tucson. Our Sweetwater Adolescent Girls Treatment Program for teen girls ages 13 – 17 was designed to help girls and their families recover and make necessary changes to improve the quality of their lives—free from mind altering substances.