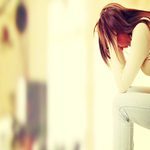 Most parents probably think that they have a good idea about the things their kid(s) are up to, and in many cases that may be the true. However, those whose adolescent years are behind them probably have memories of engaging in risky behavior, so it stands to reason that at times parents find themselves unaware as to the day to day activities of their teenagers. It is important that parents never forget that adolescence is when children spread their wings, making new friends and experimenting with the things they have been cautioned about—such as: alcohol, cigarettes, drugs and sex.

By and large, the majority of teenagers who engage in risky behavior move on to adulthood unscathed, yet there is a significant number of teenagers whose choices end up having a lasting effect. The teenage brain is still developing, and is highly prone to impulsive decisions. The combination makes teenagers particularly susceptible to addiction. Every year, a number of teenagers require substance use disorder treatment. Those whose unhealthy relationships with drugs and alcohol goes unchecked, are likely to struggle with addiction for many years to come—derailing whatever life goals or plans one may have from their childhood.

It is extremely important that researchers track teenage behavior in order to develop effective prevention measures. Such findings will not only help teenagers, it equips parents with tools to spot signs of trouble and intervene. The Centers for Disease Control and Prevention(CDC) recently released its Youth Risk Behavior Survey, which looks at 118 health behaviors, CNN reports. Laura Kann (PDF), chief of the CDC’s School-Based Surveillance branch, says that the survey:

“Helps us identify newly emerging behaviors and monitor long-standing youth risk behaviors over time. While overall trends for the 2015 report are positive, the results highlight the continued need for improvements in reducing risks among teens.”

Altogether, 15,000 students from across the country took part in the survey, according to the article. There were a number of important findings in 2015, such as:

At Cottonwood Tucson, we treat a number of adolescent females who struggle with drug, alcohol and behavioral health problems. If you believe that your teenage daughter is in need of assistance please reach out to us for help. Our 90-day Sweetwater Program for teen girls ages 13 – 17 has been designed to help girls and their families recover and make necessary changes to improve the quality of their lives.