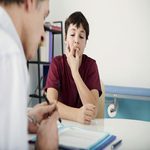 In the United States, we have a long history of leaving people with mental illness behind. Two of the major causalities for this is the fact that there is a huge stigma associated with mental illness and it is an extremely difficult to gain access to adequate care. The result is that millions of Americans not only fail to get desperately needed treatment and, unlike other common medical conditions, those suffering from mental health disorders often times are made to feel like their condition is somehow the fault of their own.

Mental or behavioral health services treat a wide range of conditions, from depression to addiction. In recent years, in light of a dramatic rise in opioid abuse, it has become ever apparent that the country is wholly unequipped to diagnose and treat every case that exists. The U.S. not only lacks mental health/addiction treatment facilities, there is a serious shortage of physicians and counselors as well. It is widely accepted that the best opportunity we have at combating both addiction and other mental health conditions, which if co-occur, is expanding access to addiction treatment services.

Last month was Mental Health Month, events were held throughout the country to raise awareness about potentially life threatening mental illnesses, work to break the stigma surrounding such conditions and to encourage people to seek help. While we are now approaching the end of June, it is crucial that we keep the conversation alive. However, now we would like to discuss one demographic that has arguably had the hardest time accessing adequate mental health care—adolescents.

A look at the numbers makes it ever so clear that not only isn’t there enough child psychiatrists, it does not appear that there will be anytime soon. In fact, for nearly two decades there has been a staggering shortage of people trained to treat psychological disorders among children—leaving it up to pediatricians and other primary care physicians to pick up the slack, NBC News reports. As you might imagine, this reality can have deadly consequences.

Despite the fact that both adolescent depression and suicide are on the rise, there are only 8,500 child psychiatrists in the U.S., and an estimated 15 million children who require the services of doctors in this field, according to the American Academy of Child and Adolescent Psychiatry (AACAP).

People under the age of 17 who are unable to receive a diagnosis or treatment are at great risk, such as problems including:

“In some parts of the country, there’s not a child psychiatrist within a 100-mile radius,” said Wun Jung Kim, Director of the Division of Child and Adolescent Psychiatry at Robert Wood Johnson Medical School in New Jersey.

The AACAP calls for 47 child psychiatrists for every 100,000 adolescents (one for every 2,127 children), yet not one state meets the requirement. In Wyoming, there is only one child psychiatrist for every 22,960 children, according to the article. So, you may find yourself asking, what accounts for the shortage? With existing child psychiatrists reaching retirement, they are not being replaced because, simply put, medical students do not want to work in the field. The reasons for this are varied, but the major deterrents often cited are the fact that child psychiatry requires more years of schooling and demands less pay.

After four years of medical school, those looking to go into the field are required to complete a three-year residency working with adults—followed by a two-year residency with children, the article reports. If a medical student makes it through all the training, child psychiatrists earn about $200,000 a year, compared to a surgeon who can make around $500,000 and may have had to complete far less training. It is hard to incentivize medical students to join the field.

At Cottonwood Tucson, we treat a number of adolescent females who struggle with drug, alcohol and behavioral health problems. If you believe that your teenage daughter is in need of assistance, please reach out to us for help. Our 90-day Sweetwater Program for teen girls ages 13 – 17 has been designed to help girls and their families recover and make necessary changes to improve the quality of their lives.