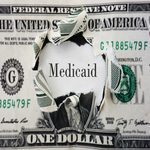 The prescription opioid and heroin epidemic in the United States has put a heavy burden on substance use disorder treatment facilities across the country. It could easily be argued that more Americans than ever are in need of addiction treatment, a service that is of the utmost importance in the fight to save the lives of the over 2 million people addicted to prescription opioids and over half a million people addicted to heroin.

In recent years there has been a call from lawmakers and the President to expand addiction treatment services, especially in states and counties where addicts can wait up to a month to get a bed at a treatment center. There is no time to waste when an addict decides to give recovery a shot, those suffering from addiction will often change their mind about treatment when they are told that they have to wait. What’s more, with every day of active addiction that passes, the chance of a potentially fatal opioid overdose exponentially increases.

Naturally, providing addiction treatment services to the millions of affected Americans requires a staggering amount of money. In many states, impoverished Americans are able to get treatment because Medicaid will cover the costs. However, in the 19 states that have chosen not to expand Medicaid under the Affordable Care Act (ACA), it has become difficult to get people with substance use disorders the care they desperately need, The Los Angeles Times reports. State resistance to the ACA has had the unintended effect of withholding treatment services to thousands of Americans because they can’t afford the cost.

“Not expanding Medicaid has been a tragedy,” said Mark Stringer, the mental health director in Missouri.

While everyone agrees, expanding access to treatment is the most effective measure against the insidious epidemic, it is next to impossible to make it a reality without expanding Medicaid—regardless of how anyone feels about the ACA. In Missouri, some addicts are resorting to desperate tactics to gain access to treatment, according to the article.

“The best way to get treatment if you’re addicted to drugs in Missouri is to get pregnant,” said Dr. Joe Parks, director of the state’s Medicaid program.

As a nation we have started the conversation about the opioid use epidemic. Like any epidemic, sooner or later we are all touched by it and finding a solution to public health issues is always a group effort.