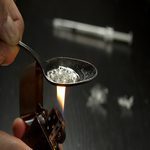 The problem we face in the United States with heroin is a byproduct of over a decade of prescription opioid abuse. If you have been tuned in with major media, it would be hard to miss the ever growing reports of heroin abuse happening in major cities and the rural heartland of America. Most of the reports deal with either overdose deaths and what the government plans to do about the opioid addiction crisis. Clearly, curbing this epidemic has proven extremely difficult to say the least.

In the U.S. the vast majority of illegal narcotics—such as cocaine, methamphetamine and heroin—comes into the country by way of Mexico. Historically, the majority of cocaine made it into America by way of Colombia, not so today. Methamphetamine production used to be widespread in the U.S., now the meth being used is made in Mexico.

So, as you might imagine the prescription opioid epidemic and subsequent crackdowns over prescribing and “doctor shopping,” has forced many opioid addicts to use heroin as an alternative. The ever growing demand for the drug across the country has created a giant revenue stream for the Mexican cartels. The origins of practically every milligram of heroin in the U.S. can be found in Mexico.

While heroin has the same effect on the brain as prescription opioid painkillers, there is no way for an addict to know the drug’s potency short of using. In recent years, heroin has been commonly cut with the analgesic fentanyl in order to boost the drug’s potency. While some addicts might welcome the admixture, it can be extremely dangerous considering that fentanyl is around 40 to 50 times more potent than pharmaceutical grade (100% pure) heroin. It is a recipe that can, and does, lead to potentially fatal overdoses.

Heroin is cheaper, easier to acquire and in many cases stronger than prescription opioids like oxycodone. A number of areas in the United States have been especially hard hit like West Virginia. In fact, Huntington, WV, in the Appalachian region, has been dubbed the epicenter of the heroin overdose epidemic, VICE News reports. The off the beaten path journalism that VICE is known for has taken an in depth look at the source of heroin America, just how bad the opioid epidemic is in America and what brought us to this juncture.

If you have access to HBO, we encourage you to watch the new special, Heroin Crisis.  Or you can see a debrief of the episode here.