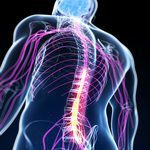 Opioid painkillers, such as oxycodone, are often described as being a double edge sword. Prescription opioids are effective measures against both acute and chronic pain, but when they are taken for extended periods of time dependency will ensue—often times resulting in addiction. As time passes, patients will find that the dose of opioids that once worked great for managing their pain is no longer doing the job, despite the fact that their condition has not worsened. In fact in some cases, patients report that they are actually experiencing more pain.

It turns out the reason for such instances may be due to the prescription opioids themselves increasing a patient’s pain. A new study conducted by researchers at the University of Colorado at Boulder involving the use of rats could answer some questions regarding how the problem with prescription opioids in America got so bad, Forbes reports. The research will be published in the Proceedings of the National Academy of Sciences.

“We are showing for the first time that even a brief exposure to opioids can have long-term negative effects on pain,” said Peter Grace, an assistant research professor at CU-Boulder. “We found the treatment was contributing to the problem.”

The scientists administered morphine to rats over the course of a five day period; these rats experienced chronic pain that continued for several months. It was determined that the chronic pain was caused by immune cells in the spinal cord releasing pain signals, according to the report. When someone feels pain, spinal cord immune cells are placed on call to ward off “infection-causing microorganisms.” When opioids are administered it causes the immune cells, known as glial cells, to kick into overdrive—creating a cell signal from a protein called interleukin-1beta (IL-1b).

Here’s a breakdown on how it works:

While a similar study has yet to be conducted on humans, the significance of this research is enormous and could be one of the factors that led to the prescription opioid epidemic in the United States in the first place. It will be interesting to see the results that come out of the human trials in the future. Study co-author Linda Watkins adds that:

“The implications for people taking opioids like morphine, oxycodone and methadone are great, since we show the short-term decision to take such opioids can have devastating consequences of making pain worse and longer lasting. This is a very ugly side to opioids that had not been recognized before.”

Previous PostDo You Have A Social Media Alcohol Identity?Next PostHeroin Crisis in America