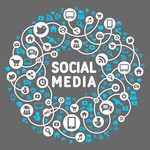 While it is probably fair to say that practically every American adult uses a form of social media in their day to day, teenagers and young adults spend more time on sites like Twitter and Facebook than any other age group. Social media sites have become, arguably, the most common method of communication between young people—even surpassing text messaging in many instances. Spending just a few moments scanning one’s news feed can give you a good idea of what your peers are up to, such as studying or eating. There is a another trend that has emerged, one that is of much more concern on social media—posting about one’s alcohol use and partying.

It turns out that posting about alcohol consumption on Facebook, et al., is a stronger predictor of alcohol problems than simply drinking alcohol, ScienceDaily reports. It is what is known as having an “alcohol identity.” The study, conducted by researchers from North Carolina State University and Ohio University, was published in the Journal of Health Communication.

“The strongest predictor of both drinking alcohol and posting about it on SNSs was espousing an alcohol identity — meaning that the individuals considered drinking a part of who they are,” said Charee Thompson, an assistant professor of communication studies at Ohio University and co-lead author of the study. “And those two behaviors were associated with alcohol problems — such as missing school or work, or getting into fights — because of drinking.”

The findings come from an online survey of 364 undergraduate students attending a midwestern university. All of the survey participants:

“We’re hopeful that these findings can aid policymakers in developing interventions to target the most at-risk populations — particularly students with strong alcohol identities,” said Lynsey Romo, an assistant professor of communication at NC State and co-lead author.