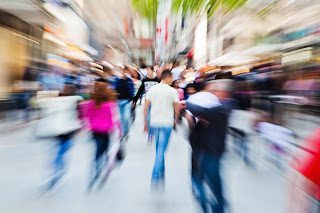 If you have anxiety, you aren’t alone. Anxiety disorders are the most common mental disorder in the United States, affecting more than 45 million people and are most likely to affect people under the age of 35 living in North America and Western Europe.

Women are twice as likely to experience anxiety as men, which could be attributed to the ways men and women handle stress differently, or due to differences in brain chemistry. Anxiety disorders often run in families with up to 50% of children raised by anxious parents turning out to be anxious in adulthood. Trauma and a history of addiction also make people more susceptible to suffering from anxiety.

Although some classes of anxiety may have similar symptoms, anxiety disorders tend to fall into one of six categories:

Generalized anxiety disorder (GAD): If you experience persistent, intense worries in several areas of your life that keep you from performing normal daily activities, you could have GAD. This disorder can cause irritability, difficulty with concentration and sleep disruption.

Social phobia: People with this type of anxiety deal with the intense fear of being judged, criticized or humiliated by others, even in the most casual of situations. Physical symptoms can include stammering while speaking, nausea or trembling.

Obsessive compulsive disorder (OCD): Anxious recurrent thoughts that trigger unhealthy behavior patterns can take over the life of someone suffering from OCD. Often people with OCD may wash their hands dozens of times a day, have a need to keep all their belongings in a very specific order, hoard old items or check to make sure the stove isn’t on multiple times in a row.

Panic Disorder: Suffering from recurrent panic attacks, where you have a paralyzing feeling of fear, increased heart rate, light-headedness, intense perspiration and difficulty breathing, is an indication that you may have a panic disorder.

Specific phobias: Some people have irrational fears about specific objects or situations. Their terror is far more intense than the thing they are fearing, but their reaction or panic attack associated with this fear is uncontrollable. A person who never travels long distances due to a paralyzing fear of flying, likely has a specific phobia.

Post-traumatic stress disorder (PTSD): Following a traumatic event, individuals with PTSD have a set of reactions that are similar to the feeling of fear or panic that they felt when they were traumatized. Surviving a car crash, being tortured or living in a war zone can all trigger PTSD.

Getting Help for Anxiety

Anxiety disorders can be debilitating, but with successful inpatient treatment you can learn how to manage it and have lasting recovery. Cottonwood offers treatment for anxiety disorders for adolescent girls, young adults and adults. For more information, contact Cottonwood Tucson at 800-877-4520.