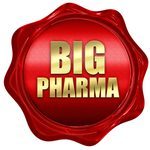 Earlier this week we discussed that fact that there are some opponents of expanding access to the lifesaving drug naloxone, otherwise known as Narcan. The most common argument against the miracle drug is that it gives opioid addicts a reason to continue using, because they know if they overdose then they can be resuscitated. Naturally, such adversaries have had a lot of trouble finding examples in support of their feelings. Every day in this country close to hundred people die of an opioid overdose, a number that would be much greater if it were not for naloxone.

Expanding access to the overdose antidote is just one facet of the widespread, multiagency effort to combat the American opioid epidemic. It is widely agreed upon that if we are ever to end the deadly scourge, we need to change our thinking about addiction and focus on:

Pharmaceutical companies and doctors have an equal share of culpability when it comes to the opioid epidemic. Drug companies made false claims about drugs, such as OxyContin (oxycodone), and doctors have doled them out to practically every patient who complained of pain for over 16 years. By and large neither of the groups have been held to account, and attempts to encourage changes in practice have been met with staunch opposition.

Despite the passing and adoption of the bipartisan Comprehensive Addiction and Recovery Act (CARA) this year and the President’s plan to spend a billion dollars on addiction treatment services, it turns out that a bill was passed and signed by the President that will make it harder to go after pharmaceutical companies, The Los Angeles Times reports. The Ensuring Patient Access and Effective Drug Enforcement Act of 2016:

The former top DEA official for the regulation of pharmaceutical companies, Joseph Rannazzisi, stated that part of his reason for stepping down in October was because the bill would only serve to worsen the opioid epidemic, according to the article. The bill allows for a lightening up on “big pharma” with regard to detecting and reporting drugs that end up being sold illegally.

“They are taking the word of industry rather than the government’s expert in diversion control,” said Rannazzisi.