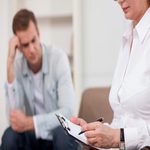 It has been some busy couple weeks in the U.S. House of Representatives with regard to addiction and mental illness. After years of hard work and difficult negotiations, the House adopted the Comprehensive Addiction and Recovery Act of 2016 (CARA). The bill is meant to address the American opioid epidemic, a crisis that now takes as many as 78 lives every day in the United States. Following the House approval, the U.S. Senate followed suit by overwhelmingly voting in favor of the legislation. President Obama plans to sign the act in the near future.

While the legislation has been hailed as bipartisan victory, it will be interesting to see how effective it is with regard to stemming the tide of opioid overprescribing, providing opioid use disorder treatment and preventing fatal overdoses. Only time will tell, but it is certainly a step in the right direction.

Those working in the field of addiction treatment are all too familiar with the fact that the disease of addiction (a form of mental illness) is often accompanied by other debilitating mental health disorders. When that occurs, it is referred to as having a co-occurring disorder or a dual diagnosis. It is vital that those who seek treatment for addiction also address the other pathologies at play, such as depression, anxiety and/or Bipolar disorder. It is widely agreed upon that failing to treat both conditions concurrently, can be a recipe for an unsuccessful recovery.

Mental illness affects millions of Americans, yet many people suffering from mental health disorders are unable to receive treatment. Providing Americans the help they need is crucial, which is why on July 6th the House passed (422-2) the Helping Families in Mental Health Crisis Act of 2016, NBC News reports. The legislation aims to increase the number of hospital beds for those with mental illness who require short-term hospitalization. Supporters of the measure are hopeful that similar legislation will pass in the Senate.

“We certainly as advocates, along with our sister advocacy associations, are going to press for it. I think the champions and the senators that are the sponsors of that bill — they want very much to move it, so I’m hopeful,” said Linda Rosenberg, CEO of the National Council for Behavioral Health.

The bill also would allow the Health Insurance Portability and Accountability Act (HIPPA) provisions to be reinterpreted, giving parents access to medical information and treatment plans for their children over the age of 18.