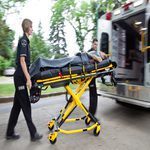 Insidious. Catastrophic. Virulent. Three ominous words often used to describe the American opioid epidemic that has been both destroying and ending lives every day of the week for nearly two decades. It has been referred to as the deadliest drug related epidemic in the history of the United States, and it is nearly impossible to find such an event in global history that parallels the dire crisis we face. In the majority of states, opioid related overdoses out number fatal car wrecks; there are 100 overdoses every day and as many as 78 opioid overdose deaths.

The number of deaths on a daily basis would be exponentially greater if it were not for the opioid overdose antidote naloxone—sold under the brand name Narcan. The drug has been hailed by addiction experts and lawmakers alike as a miracle drug—one of the best weapons we have in the fight to curb overdose deaths rates. It is for that reason that practically every state has lightened restrictions on acquiring the overdose reversal drug. First responders across the country now carry naloxone kits, and in many places both addicts and their families can get their hands on naloxone without a prescription.

The drug is now easier to administer than ever, with the advent and approval of a nasal spray version of naloxone. If administered in time, opioid addicts who do too much can be resuscitated. And hopefully, the near death experience will be the eye opener that leads the said overdosee to seek help and start down the road of recovery. After an overdose reversal, a person is in a state of illness, the result of the naloxone causing instant opioid withdrawal—symptoms characterized by sickness and severe pain. The position of vulnerability can be the perfect time to talk to an addict about addiction treatment options and hopefully they will be responsive to the idea.

It is a troubling fact that some people with opioid use disorder will experience several overdoses and may continue to show little interest in seeking help. This has led to some critics of naloxone availability expansion efforts to argue that the drug is being used by addicts as safety net, The New York Times reports. It is being contended that some addicts have a needle of heroin in one hand and naloxone in the other; that addicts with naloxone can do as much heroin as they want without fear of fatal consequences, thus perpetuating the cycle of addiction.

While it is true that some individuals with opioid use disorder are not keen on the idea of treatment, even after an overdose, suggesting that opioid users are just dosing their dope willy-nilly is inaccurate. Anybody who claims otherwise has clearly never experienced opioid withdrawal symptoms. As we mentioned earlier, naloxone causes instant opioid withdrawal symptoms—feelings that every opioid addict tries to avoid like the plague.

Naloxone is only to be used as a last resort. People who require it do not view it as way to continue years of opioid abuse, but rather as something that is available if they should need it. Once again, addiction is a disease, not a moral failing. Not everyone is ready for recovery at the same time and until that time comes around—fortunately naloxone is available.