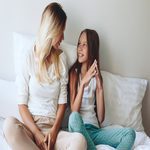 A significant number of parents accept that sooner or later their teenage child/children will consume alcohol. Some even contend that occasional alcohol use is just a part of growing up, saying to themselves, “we drank alcohol in high school and turned out OK.”

Alcohol use, just like practically every other mind altering substance, can lead to outcomes that can’t be predicted. There is little way of knowing which teens will use alcohol responsibly and whose “responsible” drinking will develop into an unhealthy relationship culminating in an alcohol use disorder (AUD). There are so many variables that can have a hand in the development of alcohol dependence, i.e. genetics, home life and mental health issues.

It is also important to note the fact that teenage brains are still developing, which means alcohol can take a serious toll—even when used sparingly. Coupled with how many teens drink alcohol, such as “binge drinking,” both short term and long term side effects can prove to be catastrophic. Binge drinking typically happens when males consume 5 or more drinks, and when females consume 4 or more drinks, in about 2 hours.

It is vital that every step be taken to mitigate the chances of adolescent alcohol use.

Parents can play a huge role in such efforts, and potentially save their children from future years of heartache.

Two studies were published recently which can help parents prevent early onset alcohol consumption, NPR reports. The first study, published in the journal Prevention Science, found that teenage binge drinking could be reduced if parents set limits and caution about alcohol use in a supportive environment. While the other study, published in that same journal as well, showed that third-graders who took part in a home-based alcohol use prevention program—were less likely to drink when they were in seventh grade.

The Centers for Disease Control and Prevention’s (CDC) biannual Youth Risk Behavior Survey found that around 1 in 6 adolescents had consumed alcohol before the age of 13, and about the same number had engaged in binge drinking. The American Academy of Pediatrics alcohol screening protocol states:

“Although it is common for adolescents and young adults to try psychoactive substances, it is important that this experimentation not be condoned, facilitated, or trivialized by adults.”