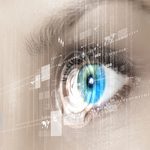 The use of prescription stimulants for treating attention deficit hyperactivity disorder (ADHD) is a common subject of debate in the field of addiction medicine. While medications such as Adderall or Ritalin can be extremely effective for treating the disorder, those types of drugs are amphetamine based and are in fact highly addictive. What’s more, ADHD drugs are one of the most commonly diverted narcotics among teenagers and young adults.

It practically goes without saying that college puts a lot of demands on young people, such as showing up, doing assignments and passing exams. Many students are also involved in extracurricular activities, where they are expected to not only perform on the field but also keep up their marks. It can be taxing to say the least. In an attempt to gain an edge or have extra energy and focus when studying, a large percentage of students across the country seek prescription stimulants from their peers who have been diagnosed with ADHD.

Due to the fact that stimulants carry a high risk of abuse beyond taking them without a prescription. It is quite common for college kids to take Adderall before a party to get high, have the ability to consume more alcohol and have energy to party into the morning. Regular stimulant misuse can quickly become habit forming and lead to addiction. Casual stimulant misuse should not be shrugged off as being no big deal, every year thousands of young people seek treatment for their abuse of such drugs.

Some of our readers may be wondering about the teenagers and young adults who do have a prescription for amphetamines to treat their ADHD, people who take such drugs several days per week or every day of the week. Are they at risk of addiction? Are they at risk of experimenting or abusing other potentially addictive narcotics? The answer to that is complicated, because a significant number of people working in addiction medicine believe that stimulant use, even when prescribed, can be a slippery slope. Especially when you consider that it is extremely easy to be misdiagnosed and/or dupe a doctor into diagnosing you with ADHD in order to get stimulants.

On the other hand, new research suggests that the aforementioned form of medications is linked with less risky behaviors in teens, HealthDay reports. Researchers analyzed Medicaid claims of close to 150,000 children age 4 to 19 who were diagnosed with ADHD between 2003 and 2013. When compared to teens not taking prescribed ADHD meds, these teens were found to be 7 percent reduced risk of having a substance abuse disorder, close to 4 percent less likely to contract a sexually transmitted disease and 2 percent less likely to be injured.

However, the researchers point out that the findings showed only an association, rather than definitive proof that ADHD drugs mitigated the chance of risky behavior, according to the report. Study co-author Anna Chorniy, a postdoctoral associate at Princeton University in New Jersey, noted that more research is required in order to determine benefits and costs of these medications. The findings were published in the journal Labour Economics.