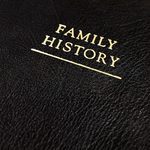 It is not uncommon for people with a family history of addiction for themselves to have a problem with drugs or alcohol. Addiction is often referred to as a family disease for two reasons. 1) A person’s addiction affects the entire family. 2) Young people with a family history of substance use disorder are more likely to have issues with mind altering substances, too. The latter can be due to a number of reasons, such as genetics and environment.

Keeping that in mind, it is important for those who come from a family touched by addiction to be leery of using drugs or alcohol. That is not to say that it is set in stone that you will have a problem if one, or both, of your parents have a problem; but, testing it out may not be worth the risks.

Researchers spend a lot of time trying to determine who is at the greatest risk of addiction. By doing so, preventive and interventive measures can be targeted towards those individuals. And, hopefully a potential problem can be nipped in the bud early on, saving people from years of unnecessary pain due to drug and alcohol use. New research looked into the family history (FH) model of alcohol use disorder, and it turns out that the increased likelihood of addiction among such youth may be due to increased levels of impulsivity, ScienceDaily reports. The findings were published in Alcoholism: Clinical and Experimental Research.

The study involved the examination “waiting” impulsivity—a tendency toward prematurely responding to a reward, according to the article. The researchers looked at young, moderate-to-heavy social drinkers. There were two sample groups, one composed of individuals who were FH-positive (FHP) for alcohol use disorder, the other was FH-negative (FHN) for alcoholism. The study showed that FHP drinkers exhibited greater waiting impulsivity levels than FHN drinkers. Since waiting impulsivity is associated with a predisposition to drinking, the findings could help pinpoint children of alcoholics who are at risk of alcohol use disorder.

If addiction runs in your family, and you believe that your teenage daughter is showing signs of alcohol use problems, please contact Cottonwood Tucson. Our 90-day Sweetwater Program for teen girls ages 13 – 17 has been designed to help girls and their families recover and make necessary changes to improve the quality of their lives.

Previous PostSober Living in Sunny ArizonaNext PostRecognizing Everyone In Recovery