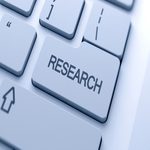 While it is often reported that there are over 2 million Americans who have a problem with prescription opioids and more than half a million people abusing heroin, it is highly likely that those numbers are low and that there are many more people who actually meet the criteria for an opioid use disorder. Part of the reason for the low ball statistics is the fact that up until now there has not been much study on private insurance data. Tracking private insurance records paints a pretty dire picture of just how severe the opioid epidemic is in the United States.

The findings indicated that in 2007 there were 217,000 times when patients with an opioid dependency diagnosis used the aforementioned services. By 2014, that number grew exponentially, that data showed that opioid dependent patients required such services seven (7) million times. The researchers found that men had opioid dependence diagnosis more often than women, and the age group with abusing these drugs the most were 19 to 35-year olds.

“A 3,000 percent increase is enormous,” said Andrew Kolodny, senior scientist at the Heller School for Social Policy and Management at Brandeis University.

The findings highlight the need to provide effective prevention and treatment measures, considering that it is a well-known fact that such efforts have been lacking of late. However, lawmakers seem motivated and willing to change that reality. The Comprehensive Addiction and Recovery Act of 2016 (CARA) is a perfect example of the political paradigm shift regarding addiction.

“In the past couple of years, we’ve seen policymakers realize that overprescribing is fueling the crisis,” said Kolodny, who was not involved in the study. “Before that, the focus of federal policymakers was almost exclusively on trying to stop non-medical use”

It is vital that doctors inform patients who exhibit signs of opioid dependence that help is available and their insurance will help offset the costs of treatment. Inpatient addiction treatment centers are the people’s best opportunity at breaking the insidious cycle of opioid addiction, giving one the tools to live a life in recovery free from all mind altering substances. If you or a loved one is in need of such services, please contact Cottonwood Tucson.