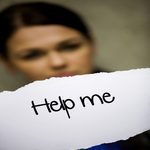 It is probably fair to say that teenagers are susceptible to mood swings and temperamental behavior. The adolescent years are chock full of changes, both mentally and physically, the result of one transitioning into adulthood. While the propensity towards angst and depression are common and in most cases a part of growing up, for some teenagers it can be a sign of something insidious at play. It is paramount that parents, to the best of their ability, keep a close eye on the children’s mood and the behavior they exhibit; a failure to do so can result in catastrophe.

If you have history of misusing drugs and alcohol, it is likely that you experienced mood swings. You are probably aware that mind altering substances, while they can provide some temporary relief, actually can cause feelings of depression and anxiety. If you had a preexisting mental health disorder at the onset of substance abuse, chances are that the drugs and alcohol made the problem significantly worse. Every year people around the world experience suicidal ideations as of result of their substance abuse; and many times, tragically, they succeed at finding a permanent solution to a temporary problem. Even teenagers.

In the United States, millions of American lives have been forever changed by the prescription drug epidemic. While opioid painkillers are abused more than any other prescription drug, sedatives and stimulants wreak havoc on people’s lives as well—being abused at staggering rates. It is unfortunate that such drugs are being abused by adolescents, too; and it is crucial that parents talk to their children about prescription drug abuse and keep a watchful eye if they have suspicions of use.

Prescription narcotics can, and often do lead to overdose deaths. However, they can also lead to changes in mood prompting people to have thoughts of suicide. In fact, new research suggests that teenagers who abuse prescription drugs were almost three times as likely to report a suicide attempt, Reuters reports. The findings were published in JAMA Pediatrics.

The researchers came to their findings by surveying nearly 3,300 Chinese teens at about 14 years old. A year later the participants were surveyed again, revealing that the adolescents who had used prescription drugs for non-medical reasons were significantly more likely to report having had suicidal ideations than those who had not, according to the article. The findings held true even after factoring in for the teens who experienced depression before the study began. Those who abused prescription opioids were even more likely to consider suicide.

If you believe that your teenage daughter is struggling with prescription drugs, please contact Cottonwood Tucson. We can help your child break the cycle of drug use and help them onto the road of recovery.