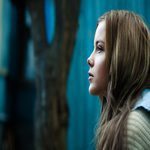 On our blog we discuss teenage “binge drinking” quite often, as the behavior is associated with early onset substance use disorders and a number of other health consequences. Binge drinking is when someone drinks as much alcohol as they can, as fast as they can; a practice which is typically defined as men having 5 alcohol drinks and women having 4 drinks, in a two hour period. While binge drinking occurs across a number of age groups, teenagers and college aged young adults are most associated with the potentially fatal method of drinking.

Those who binge drink are more likely to make dangerous, and rash decisions—such as fighting or driving under the influence. They are also more likely to experience alcohol poisoning or engage in the use of illicit drugs, such as marijuana or cocaine. Because of the dangers associated with binge drinking, high schools and colleges make a concerted effort to prevent the practice. Which is no easy task, but one worth the effort. However, some states may need to step up their preventive measures.

A new report conducted by ProjectKnow, a website that aims to connect people to alcohol and drug addiction treatment services, found that teenage binge drinking is more common in certain states, The Washington Post reports. States with the highest percentage of teen students who reported binge drinking in the past month, include:

However, you may find it interesting to learn that high school students reported using marijuana more than having binge drank in the past month. In fact, the research indicated that almost one-third of students in Washington, D.C. said they used marijuana. In order to determine drug usage rates in each state and the District, researchers analyzed data from both state and national agencies, according to the article. The report found that the highest percentage of high school students who reported smoking “pot” in the past month, resided in:

While the use of marijuana is becoming more and more acceptable in certain states, it is important that parents realize that it can be addictive and have a serious impact on the teenage brain. If your teenage daughter is using marijuana and/or binge drinking, please contact Cottonwood Tucson. We can help you assess the situation and determine if intervention is required.