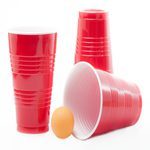 Young adults who are actively working a program of recovery often find it difficult to take part in college partying. Being around drugs and alcohol is not conducive to keeping one’s program on track, as it has been known to lead to relapse. However, the college years are not about being a stick in the mud, those who do not drink or use drugs still want to let loose from time to time just like everyone else.

When you, or probably anyone else for that matter, think of a college party—beer kegs and cheap hard liquor most likely come to mind. You may also think about marijuana or some cocaine use. Hardly anyone would think of a group of college kids congregating on a Friday or Saturday night without some drinking or drugging. However, there are sober parties taking place in and around colleges in Wisconsin, giving people who do not imbibe or use other mind altering substances a chance to have a good time.

Party.0 is a nonprofit organization that hosts parties for college students that look like your typical party, sans the alcohol, TMJ4 reports. These events are anything but dull, having entertainment in the form of:

“Students really aren’t coming to parties for the beer,” said former UW-Oshkosh student Jake White, the founder of Party.0. “They’re coming for the friends and for a place to let loose.”

Currently, Party.0 only exists in Wisconsin, according to the article. But Jake White plans to visit colleges in 48 states next year, to discuss the organization with student leaders about adopting the potentially lifesaving idea.

At Cottonwood Tucson, we specialize in treating young adults with substance use problems. If you, or your child is struggling with drugs or alcohol, please contact us immediately before the problem gets even more out of control.