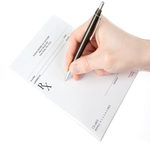 It could be argued that naloxone is one of the most important medications of our time, given that it has the power to reverse a potentially fatal opioid overdose. With over 70 opioid overdoses per day, most of which are the result of prescription painkillers, the need for expanded naloxone access cannot be overemphasized. More than 2 million Americans who use drugs like oxycodone or hydrocodone meet the criteria for opioid use disorder, there are another 500,000 people abusing heroin. Both of the aforementioned numbers are believed to be lower than the actual prevalence of opioid use disorder in the United States.

In the U.S. there have been a number of efforts made to expand access to naloxone, sold under the brand name Narcan. Now that the Food and Drug Administration has approved a form of the medication that can be administered through the nasal cavity, just about anyone can aid in giving an overdose victim naloxone. What’s more, in many states opioid addicts and their loved ones can acquire the drug from a pharmacy without a prescription, a trend that is expected to continue in the coming months and years. The vast majority of first responders now carry naloxone kits in their car trunks, so that the drug can be administered upon arriving at the scene of an overdose.

Even though the drug is more readily available and easier to acquire, overdoses continue to rob people of their lives. Seeing as prescription opioids lead to the most overdoses, wouldn’t it make sense to prescribe naloxone to patients who are prescribed opioid painkillers? Isn’t it better to be safe, than sorry?

It turns out that patients given opioids may want to have a safety net in case of an emergency. A new study, albeit small, found that most patients taking prescription opioids would be receptive to filling a prescription for naloxone, HealthDay reports. Of the 60 patients prescribed opioids and naloxone that were involved in the study, 82 percent filled their naloxone prescription. Three patients used naloxone to treat an overdose. The research was published in the Annals of Family Medicine.

The findings indicate that more than one-third of the participants reported an improvement in their drug-taking behavior prior to filling the naloxone prescription, according to the article. There were some patients who said having the drug at hand changed how they dosed their opioids and how often.

“Some providers have voiced concern that prescribing naloxone to patients could result in negative patient reactions,” Coffin added. “We found that this was rare. Even among the few with a negative initial reaction, all but one patient still wanted naloxone again in the future.”