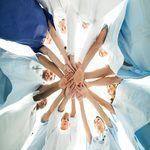 When people talk about the American opioid epidemic today, much of the discussion is in regard to the rise of heroin use across the country in recent years. Additionally, powerful opioid analgesics, such as fentanyl and carfentanil, have been finding their way into batches of heroin—making a dangerous drug even more dangerous. It is a trend that has led to a spike in overdose deaths, as heroin users are using the deadly admixtures without any knowledge of the presence of the powerful analogs.

To be sure, heroin and heroin mixed with drugs like fentanyl are worth having a conversation about, especially with regard to preventing people from using such cocktails. However, it is important that we do not lose sight of the root of the opioid epidemic, prescription painkillers. It is widely agreed upon that the rise in heroin abuse is directly tied to more than a decade of over prescribing opioid analgesics to patients with practically any level of pain.

Pain patients across the country were given, and continue to be prescribed drugs like OxyContin (oxycodone) and Vicodin (hydrocodone). In many cases, even patients who survive an overdose on prescription opioids, still continue to receive the drugs that nearly killed them after the fact. And despite these alarming prescribing practices, primary care physicians are—by and large—resistant to being instructed on how to prescribe safely, undergoing opioid addiction training and using prescription drug monitoring programs.

Here are some of the numbers from the U.S. Centers for Disease Control and Prevention (CDC):

If you have been following this blog, or the national news, then it is likely that you are aware of some the efforts made by both lawmakers and health experts to end the crisis we face. You are probably also aware that without doctors doing their part, it is fairly unlikely that the problem will go away on its own. Recently, in an attempt to encourage, or rather plead with doctors to change their ways, U.S. Surgeon General Vivek H. Murthy, M.D., M.B.A. wrote a letter to his fellow physicians. You can read the letter in full below:

I am asking for your help to solve an urgent health crisis facing America: the opioid epidemic. Everywhere I travel, I see communities devastated by opioid overdoses. I meet families too ashamed to seek treatment for addiction. And I will never forget my own patient whose opioid use disorder began with a course of morphine after a routine procedure.

It is important to recognize that we arrived at this place on a path paved with good intentions. Nearly two decades ago, we were encouraged to be more aggressive about treating pain, often without enough training and support to do so safely. This coincided with heavy marketing of opioids to doctors. Many of us were even taught – incorrectly – that opioids are not addictive when prescribed for legitimate pain.

The results have been devastating. Since 1999, opioid overdose deaths have quadrupled and opioid prescriptions have increased markedly – almost enough for every adult in America to have a bottle of pills. Yet the amount of pain reported by Americans has not changed. Now, nearly 2 million people in America have a prescription opioid use disorder, contributing to increased heroin use and the spread of HIV and hepatitis C.

I know solving this problem will not be easy. We often struggle to balance reducing our patients’ pain with increasing their risk of opioid addiction. But, as clinicians, we have the unique power to help end this epidemic. As cynical as times may seem, the public still looks to our profession for hope during difficult moments. This is one of those times.

That is why I am asking you to pledge your commitment to turn the tide on the opioid crisis. Please take the pledge. Together, we will build a national movement of clinicians to do three things:

First, we will educate ourselves to treat pain safely and effectively. A good place to start is the TurnTheTideRx pocket guide with the CDC Opioid Prescribing Guideline. Second, we will screen our patients for opioid use disorder and provide or connect them with evidence-based treatment. Third, we can shape how the rest of the country sees addiction by talking about and treating it as a chronic illness, not a moral failing.

Years from now, I want us to look back and know that, in the face of a crisis that threatened our nation, it was our profession that stepped up and led the way. I know we can succeed because health care is more than an occupation to us. It is a calling rooted in empathy, science, and service to humanity. These values unite us. They remain our greatest strength.

Thank you for your leadership.