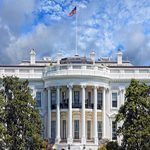 It is important to point out that there is a difference between drug use and drug abuse, albeit a fine line. And, in many cases users are often unaware that they have crossed the invisible boundary between taking a prescription narcotic as prescribed and using the drug in unintended ways. However, it is worth pointing out that once someone moves from use to abuse, dependence has likely set in and breaking free from habit forming narcotics, such as opioids, is extremely difficult.

For nearly two decades Americans have formed an unhealthy relationship and over reliance on prescription painkillers. While the reasons for the ubiquitous prescription opioid use in the United States are varied and subject for debate, it is crucial that effective measures are taken to tailor prescribing practices. The Substance Abuse and Mental Health Services Administration (SAMHSA) released a report that showed that 35 percent of American adults were prescribed painkillers in 2015, The Washington Post reports. When the organization accounted for Americans acquiring prescription opioids from friends, relatives or drug dealers—the figure rose to 38 percent.

If you find it startling to learn that one-third of adults in this country were prescribed opioids, despite multi-agency efforts urging doctors to adopt more discriminatory prescribing practices, rest assured you are not alone. Is it possible that that many people’s pain required the use of highly addictive and potentially deadly narcotics? Sure, but it is also highly unlikely. Thus reaffirming the belief that we have become far too accustomed, as a nation, to having instant pain relief from any level of discomfort.

In 2015, more adults took prescription painkillers than used tobacco products, according to the article. The number of opioids used was greater, even when combining cigarettes, smokeless tobacco and cigars together. The findings come from SAMHSA’s annual National Survey on Drug Use and Health.

It is important to talk about the extraordinary prescription opioid use rates in the U.S., and just about everyone can see that our relationship with opioids is untenable and has been for quite some time. Yet, it seems like many doctors are still practicing as if it is business as usual. Many physicians are resistant to having addiction training, being given prescribing guidelines and using prescription drug monitoring programs. Even though as many as 78 Americans overdose on opioids every day in America.

The SAMHSA report could not have been released at a better time, considering that the President has proclaimed this Prescription Opioid and Heroin Epidemic Awareness Week. Throughout the course of the week, the administration is announcing new initiatives and calling on Congress to provide $1.1 billion to fund the efforts.

“During Prescription Opioid and Heroin Epidemic Awareness Week, we pause to remember all those we have lost to opioid use disorder, we stand with the courageous individuals in recovery, and we recognize the importance of raising awareness of this epidemic.”  — Proclamation by President Obama, September 16, 2016