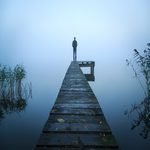 Depression is a mental health disorder which affects millions of Americans, and even more around the globe. Left untreated, this mental illness can severely impact the quality of one’s life. People will often turn to drugs and/or alcohol to cope. While self-medication may provide some temporary relief, in the long run such actions only serve to make the depression worse and can result in the development of substance use disorder. The day in and day out symptoms of depression can become so severe that many of the suffering will, sadly, choose to take their own life—an act that is often referred to as finding a permanent solution to a temporary problem.

There are a number of different drugs that have been developed by pharmaceutical companies and been approved by the U.S. Food and Drug Administration (FDA) for the treatment of depression. Since there is no way of knowing which drug a patient will respond to best, finding the right drug often requires experimenting with several before the right one is found. The most common antidepressants used today are known as selective serotonin re-uptake inhibitors or serotonin-specific reuptake inhibitors (SSRIs). A class of drugs which include:

As you might expect, not everyone who meets the criteria for a depression diagnosis will respond to SSRIs, at which time a doctor could prescribe serotonin and norepinephrine reuptake inhibitors (SNRIs), such as duloxetine (Cymbalta), venlafaxine (Effexor XR). Physicians may, instead, prescribe norepinephrine and dopamine reuptake inhibitors (NDRIs), such as Bupropion (Wellbutrin, Aplenzin, Forfivo XL). There are others, older antidepressants that could be tried as well, but many of those are associated with a greater risk of side effects.

There are some people who for whatever reason do not respond to SSRIs, SNRIs or NDRIs. It is for this reason that research scientists continue to work on the development of new drugs which may bear fruit down the road; or they may experiment with drugs that were originally intended for other medical purposes, to determine if a drug may work on depression as well.

One drug that is being looked at for the treatment of depression, is one that has been associated with illicit use—ketamine. Historically, the drug has been mainly used in a medical setting for starting and maintaining anesthesia. The drug is sought after for nonmedical reasons because it causes users to experience a trance-like state and sedation. Ketamine is considered to be a party drug, seen at clubs, raves and electronic musical festivals.

Setting the unsavory aspects aside, researchers have begun experimenting with a drug that is chemically similar to ketamine for the treatment of depression—esketamine. In fact, the FDA announced that it has given esketamine its second Breakthrough Therapy Designation; meaning that the agency will expedite the research and review of the drug. It could mean that it will be an accepted treatment for major depressive disorder (MDD), with patients who are resistant to other treatments, according to a Johnson & Johnson press release.

“In the U.S. alone, there are more than 41,000 suicides each year, many of which result from untreated or poorly treated major depression,” said Husseini K. Manji, MD, Global Head, Neuroscience Therapeutic Area, Janssen. “This designation reinforces the potential of esketamine as a novel treatment for patients with major depressive disorder who are at imminent risk for suicide, a condition for which there currently is no approved treatment and which represents a major public health challenge. We are currently conducting clinical trials to further evaluate the clinical benefit of esketamine and look forward to working closely with the FDA throughout the development and review process to bring this important potential new therapy to patients in critical need.”

Previous PostRecognizing Everyone In RecoveryNext PostOpioid Epidemic: A Call to Action