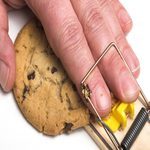 Addiction is a disease that typically describes a person who has trouble refraining from using drugs and alcohol. Such people will continue to abuse mind altering substances despite the effects that is has on one’s life. And while it is possible for one to recover from addiction and repair the damage of their past, it can be difficult to achieve recovery without the assistance of an addiction treatment center and/or a 12-Step program of recovery.

It goes without saying that addiction can have fatal outcomes, which can be clearly seen by the staggering overdose death rates in America resulting from the opioid epidemic. Alcohol use disorder can lead to organ failure or making choices that can result in premature death, such as driving under the influence. Without help, drug addicts and alcoholics are at great risk.

While most addiction treatment centers focus primarily on drugs, alcohol and co-occurring mental health disorders, there are a number of other addiction conditions that can negatively impact the course of one’s life and even cut it short, including gambling, sex and eating disorders.

Eating disorders are a form of mental illness that can be especially hard to treat, mostly due to the fact that unlike drugs and alcohol, humans require sustenance to survive. Too little, or too much, food over a long period of time can be deadly. The most common forms of eating disorder are anorexia nervosa, bulimia (binge and purge) and binge eating.

It is not uncommon for people with eating disorders to be in need of treatment, a vital step in the process of learning how to cope with issues without need to restrict or overeat food. Yet, as was mentioned earlier, success rates are not that high, because of the complexity of eating disorders and the lack of science based treatment methods. But, when it comes to binge eating, scientists may have found a way to help those recover who are suffering from the disorder.

Researchers at Boston University School of Medicine (BUSM) have a new target for the treatment of compulsive binge eating disorder, ScienceDaily reports. The findings are especially important because approximately 15 million Americans struggle with binge eating. The research was published in the journal Neuropsychopharmacology.

Through the activation of a certain class of receptors, Trace Amine-Associated Receptor 1 (TAAR1), which was found to be decreased in binge eating patients, they could restore normal function, according to the article. This allowed patients to make different decisions when it came to compulsive eating.

“Effective therapeutic treatments currently available are very elusive. The results of this study provide a new window toward the development of a new class of drugs with a novel target unexplored until now,” said corresponding author Pietro Cottone, PhD, co-director of the Laboratory of Addictive Disorders (LAD) and associate professor of pharmacology and psychiatry at BUSM.