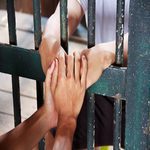 Government officials and law enforcement agencies have been waging a “war on drugs” since 1971. For over forty years, it goes without saying, not only has the war not been won, it has only served to ruin the lives of millions of Americans. While there is little question over whether or not drugs are bad for people, both highly addictive and can lead to death, one cannot help but ask what good has been accomplished by making a mental illness a crime.

Certainly, there have been a lot of changes made in recent years, from pushing for treatment over jail time for those charged with drug related offenses, as well a number of states changing the mandatory minimum sentencing laws. Yet, the United States has more people locked up in prison and jail cells than any other country, despite the fact that we not only enjoy more freedoms than countries that have significantly higher populations.

Illegal drug manufacturing, distribution and use can have a serious impact on society, and those who make a profit on the destruction of lives should probably be dealt with by the hand of law. However, the vast majority of people in prison are serving time for nonviolent drug offenses, typically those whose only crime was having the disease of addiction. To make matters worse, such people are rarely given the tools inside of prison to mitigate the risk of recidivism upon release.

A number of countries have been considering decriminalizing personal drug use, and some have already done so. In the Unites States, we have all witnessed the paradigm shift regarding marijuana, with medical marijuana programs in nearly thirty states and legalization in four. More states are likely to follow suit in November. People using marijuana, for better or worse, do not deserve to be put in jail, which to some people begs the question—should anyone be subject to incarceration for personal drug use? Two major human rights groups would answer that question with an emphatic NO!

In fact, the Human Rights Watch and the American Civil Liberties Union have released a report calling for the decriminalization of possession and personal use of all illicit drugs, TIME Magazine reports. The organizations argue that the war on drugs failed to minimize drug use, and has:

“Every 25 seconds someone is funneled into the criminal justice system, accused of nothing more than possessing drugs for personal use,” said Tess Borden, the report’s author. “These wide-scale arrests have destroyed countless lives while doing nothing to help people who struggle with dependence.”

Please take a moment to watch the short informational video, below:

If you are having trouble watching the video, please click here.