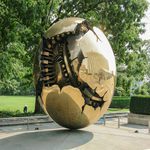 In the United States, we have a number of government agencies in place to make sure that certain chemicals cannot be procured to make dangerous drugs. Even when things slip through the cracks, a number of changes will be made in order to ensure that does not happen again. Yet, the U.S. can only really control what happens within our own borders.

The government has struggled to curb the influx of synthetic drugs, which are made with chemicals that are manufactured in China—a nation that lacks the amount of “red tape” that we see in this country. Meaning, laboratories can make chemicals that will knowingly be used by humans, but unfortunately there will be little, if any, testing to determine if the chemicals are safe. Clearly, these are often far from safe as is evident by the terrifying news stories about the use of synthetic marijuana, sold under the name Spice or K2.

Unfortunately, synthetic cannabis may not be the most important thing coming out of China to worry about. One of the many facets of the opioid problem in America today, is synthetic opioids such as fentanyl. It is an extremely potent opioid that can cause severe respiratory depression, and it has been the cause of many an overdose death in the U.S. over the last several years.

While fentanyl is made by pharmaceutical companies to be used in hospital settings for surgical procedures or end of life care, it is being produced in Mexico in clandestine cartel-run laboratories. The fentanyl is either pressed into pills and given misleading labels resembling an OxyContin, or it being mixed into batches of heroin to boost potency. It is worth noting that fentanyl on its own is already 50 times more potent than heroin. Addicts are often times unaware of fentanyl presence in their heroin, which can and does lead to overdose deaths.

In an effort to curb the illicit production of fentanyl, a group of U.S. Senators and the Secretary of State have called upon the United Nations (UN) to add two chemicals used to make fentanyl to their list of controlled substances, The WSJ reports. U.S. Secretary of State John Kerry wrote a letter to U.N. Secretary-General Ban Ki-moon, asking that the fentanyl ingredients, NPP and ANPP, be reclassified so that it is harder for them to be exported for illicit purposes.

Interestingly, there are at least 178 suppliers of NPP and 79 suppliers of ANPP globally, according to the article. But, it probably comes as little surprise that more than half of the suppliers can be found in China. These chemicals have no other known use, but for the production of fentanyl. If the UN adds the NPP and ANPP to the list of controlled substances, it would mean that nations would be forced to monitor the export of the chemicals and inform recipient countries of any planned shipments.

“The United States is currently experiencing an epidemic of overdose deaths linked to opioids including fentanyl-laced heroin,” writes Kerry. The U.S. “urgently requests your assistance in expediting this chemical control action.”

The International Narcotics Control Board, which advises the U.N. Commission on Narcotic Drugs, is reviewing the request. Kerry has asked that a decision be made at the Commission’s next meeting in March 2017.